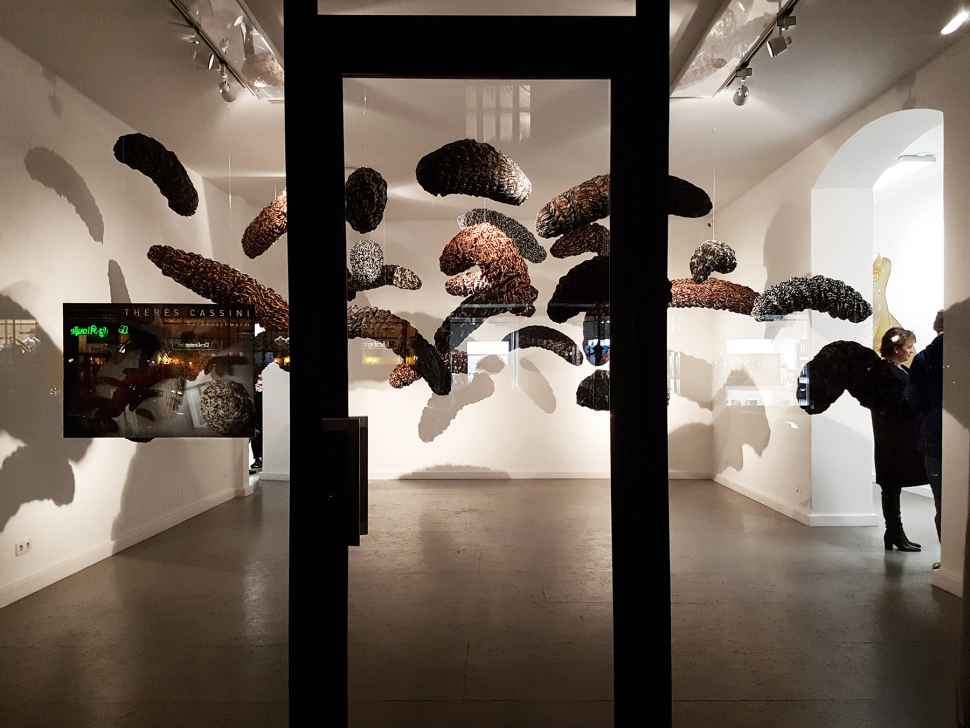 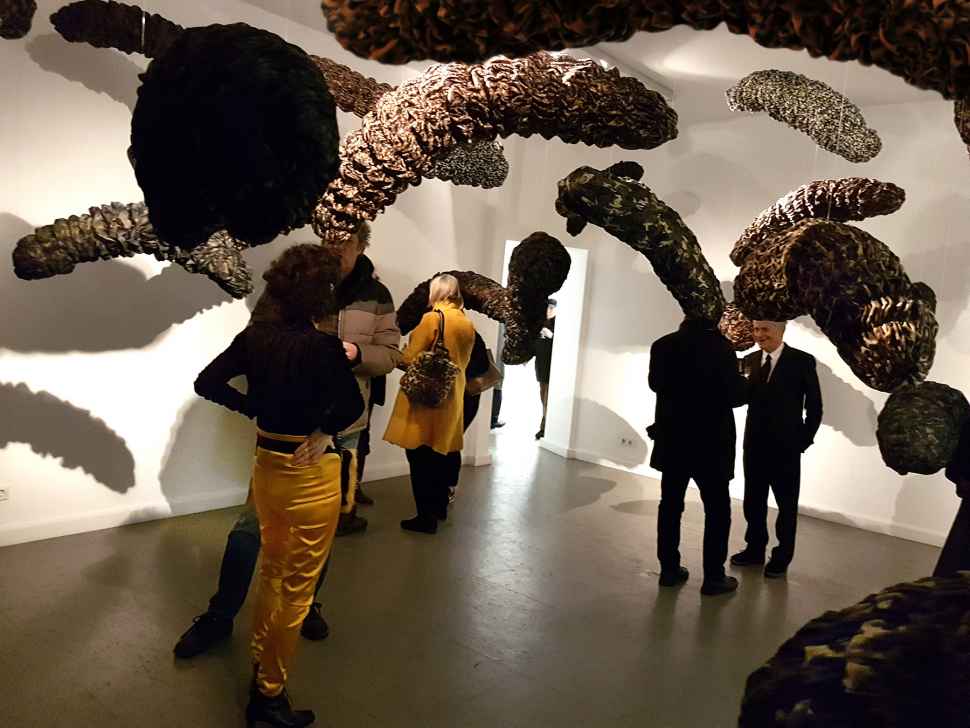 In Theres Cassini’s work, sculpture again becomes a dress, its original form, a dress or a husk; a hull (hyle: Greek for material) on the surface of which the world is explained. Cassini’s biomorphic textile sculptures float, and she prefers to let them dangle from the ceiling. Cassini’s formal language is reminiscent of an archive of basic bodies; small biological units like cells, viruses, and bacteria.


This newest group of flying objects manifests as a swarm. In contrast to the bionic beings of her previous work phase, all of which emerged as the singular events of an alchemical tailor, with bizarre shapes, surfaces, and husks, these new sculptural forms are recognizable as cucumbers, all borne from the same seed. In Cassini’s installation, the human bodies conspire with the cucumber forms floating around them, exposing the strange specificity of the human, making them (even) more puzzling. Cassini plays cleverly with the large shapes of a superior intruder, giving an artistic lesson; or a playful, therapeutic exercise in a habit of empathy for primordial beings.