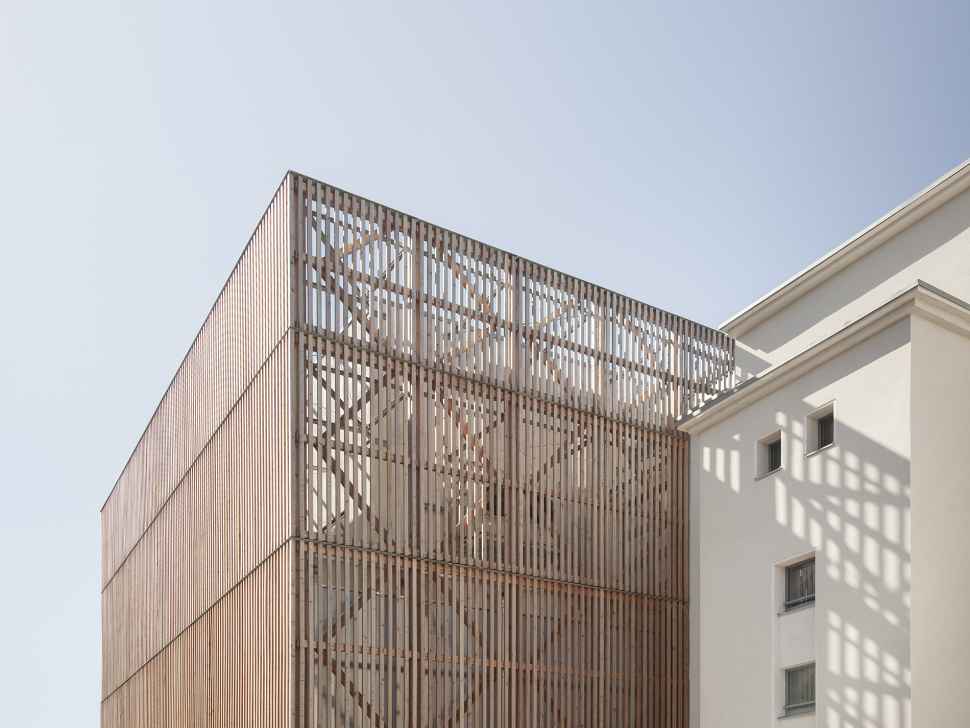 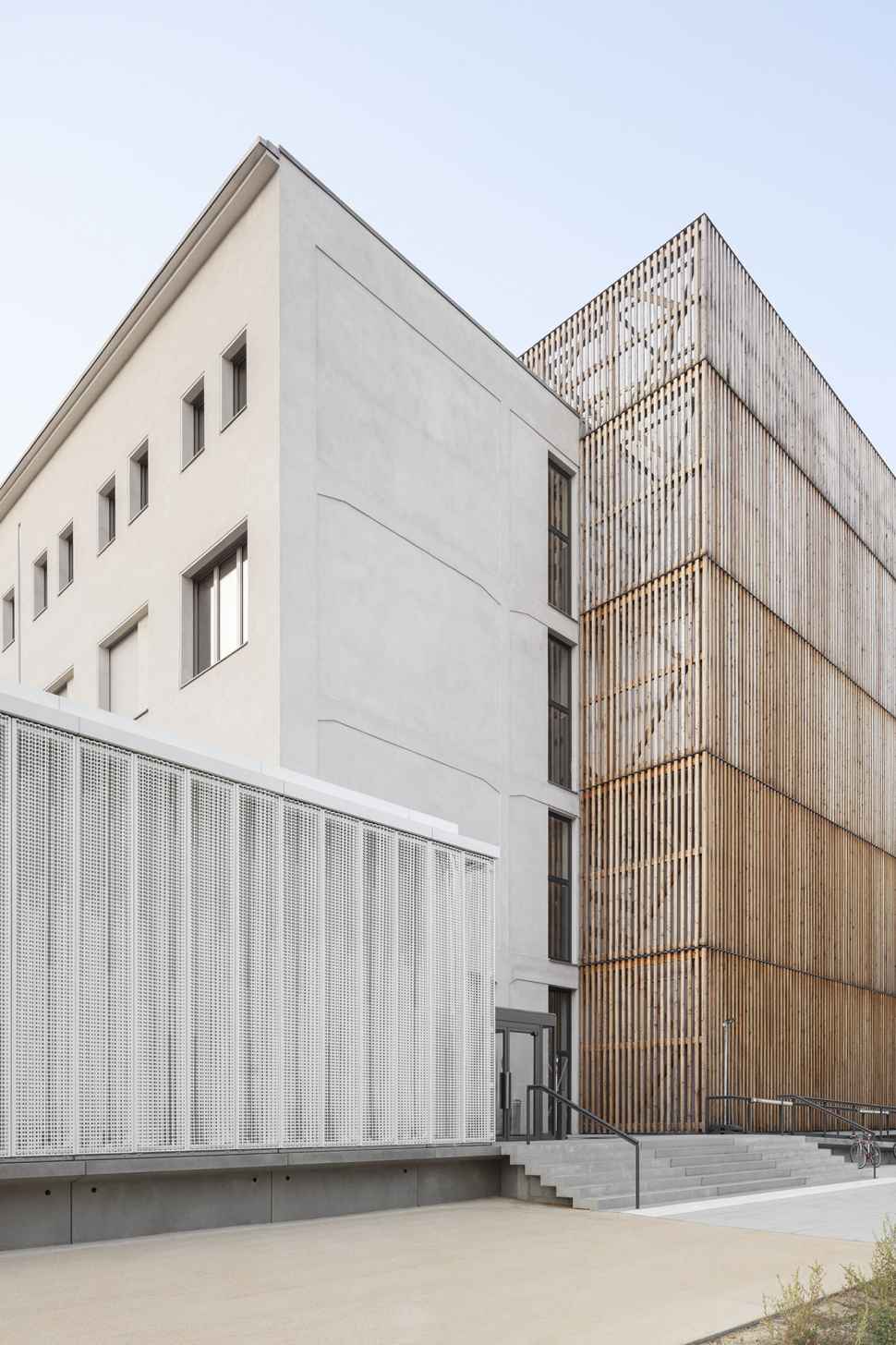 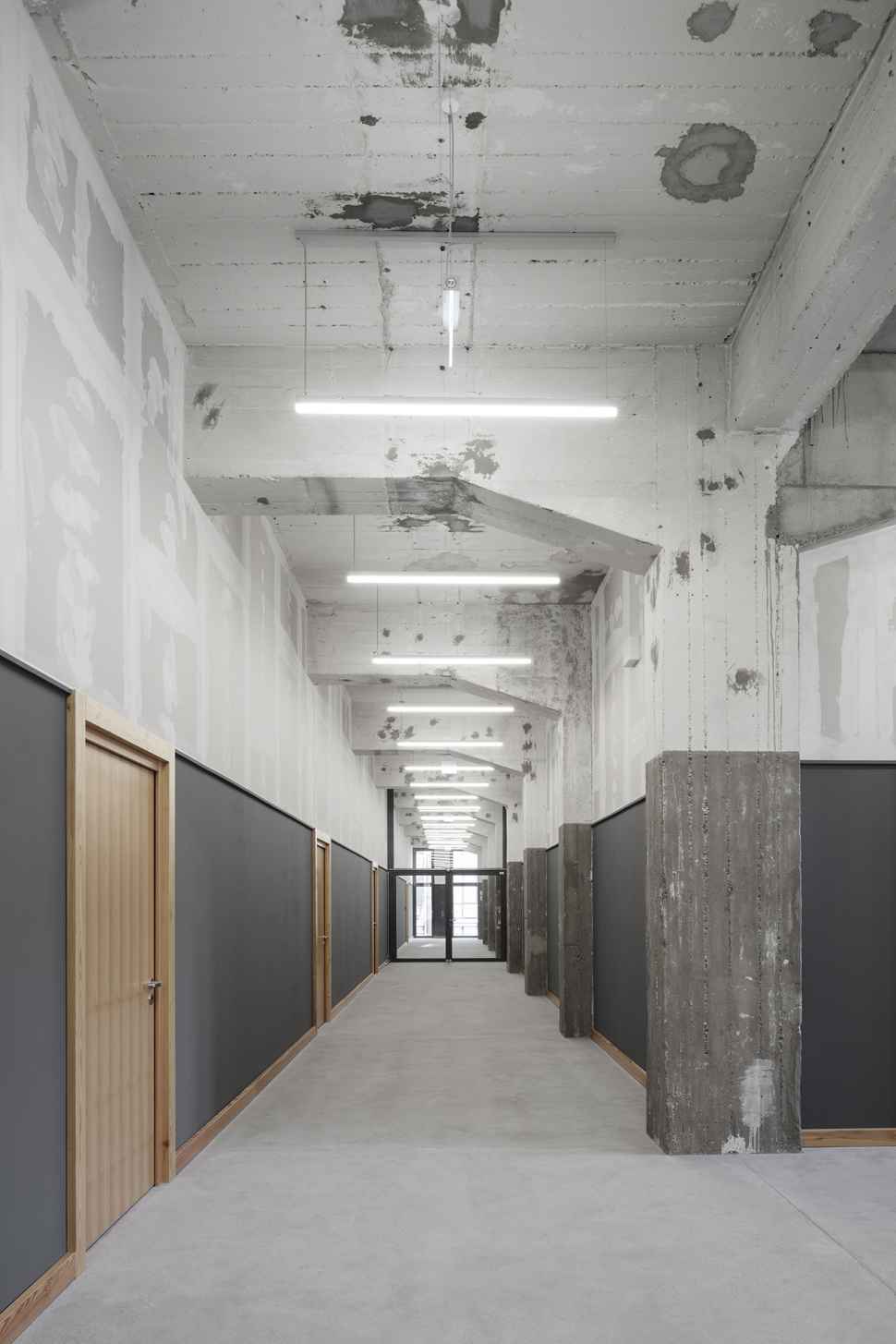 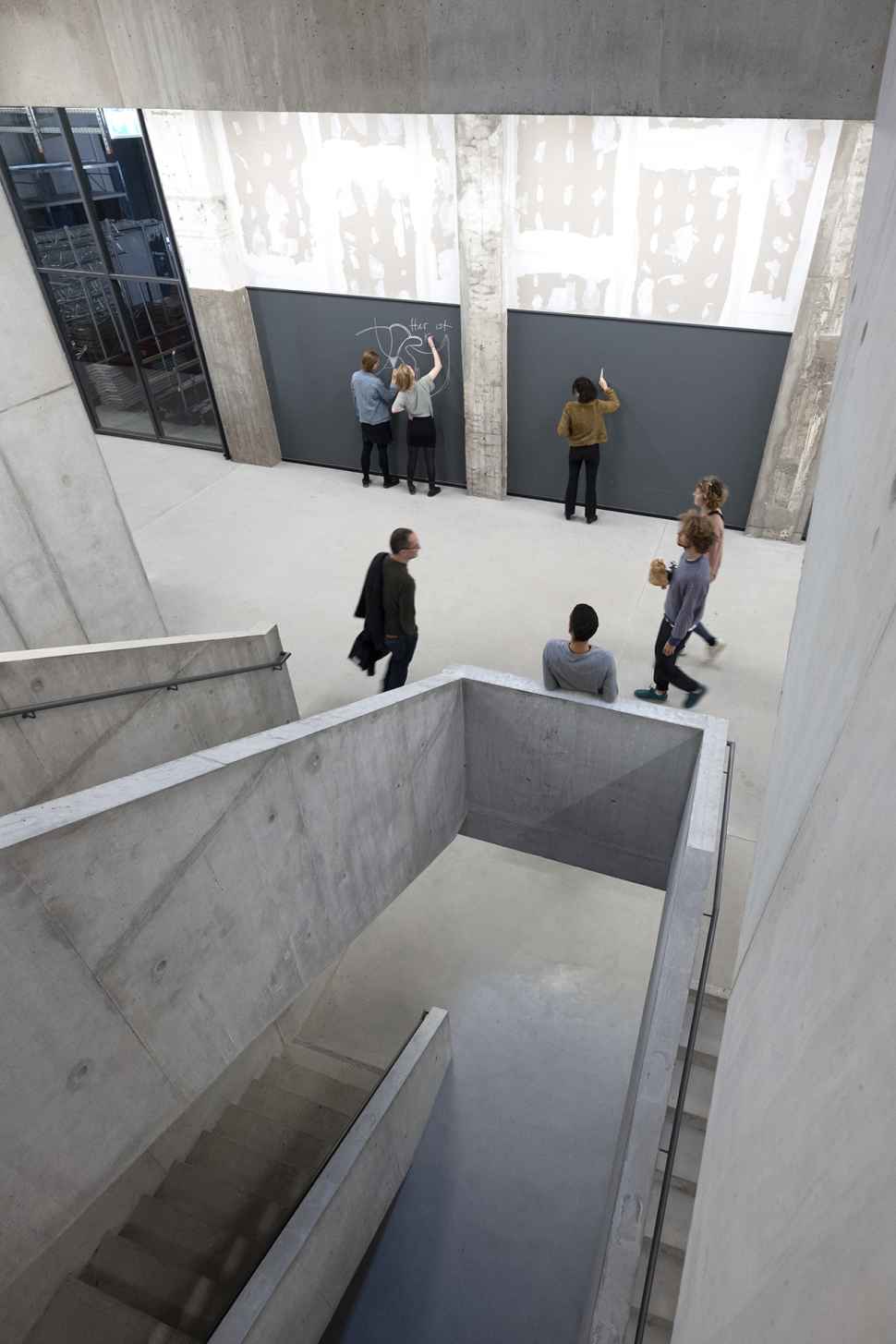 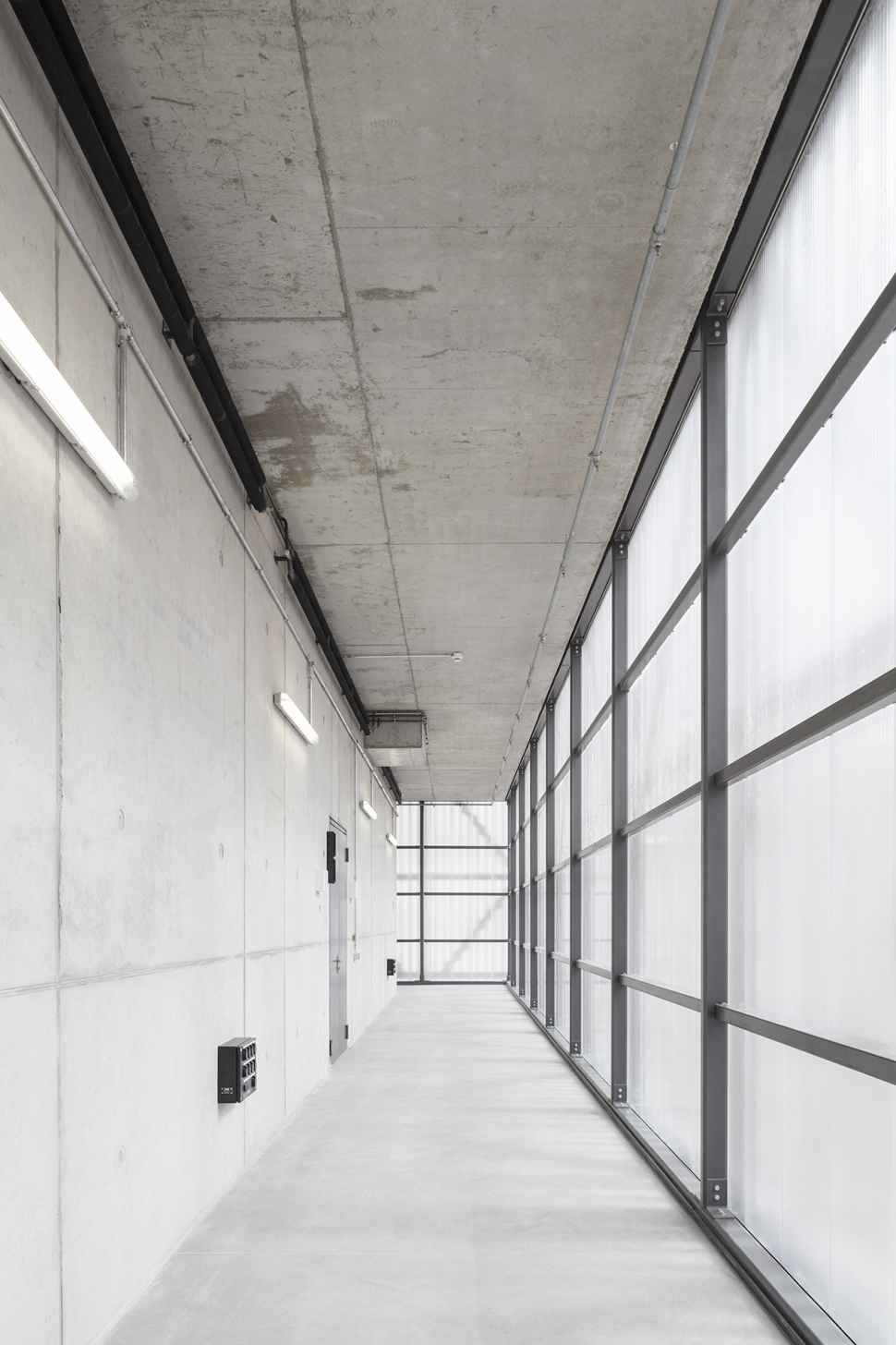 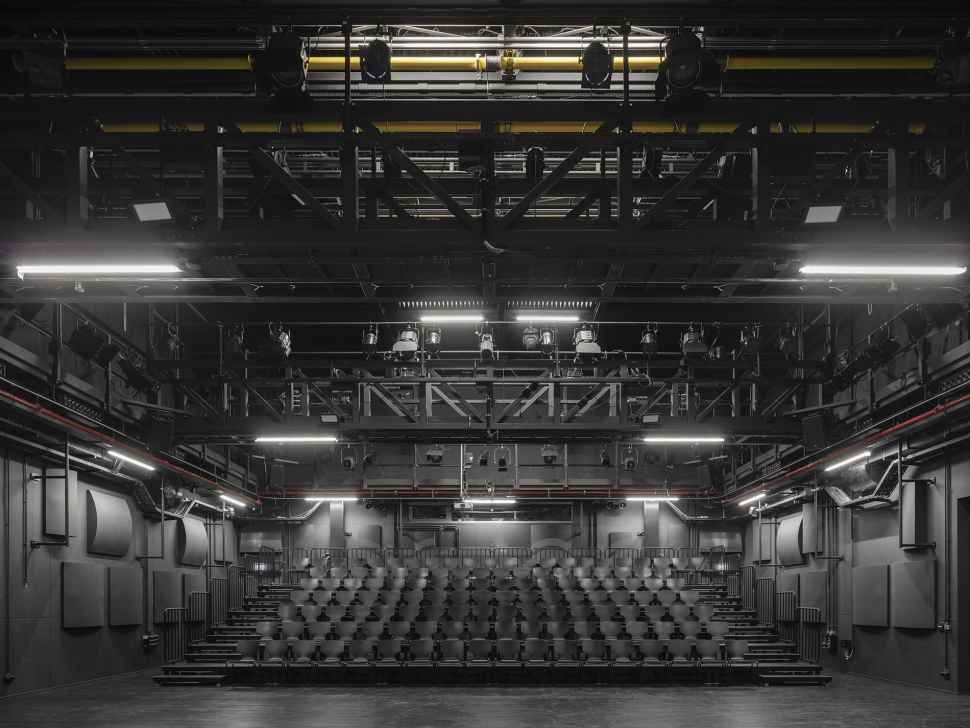 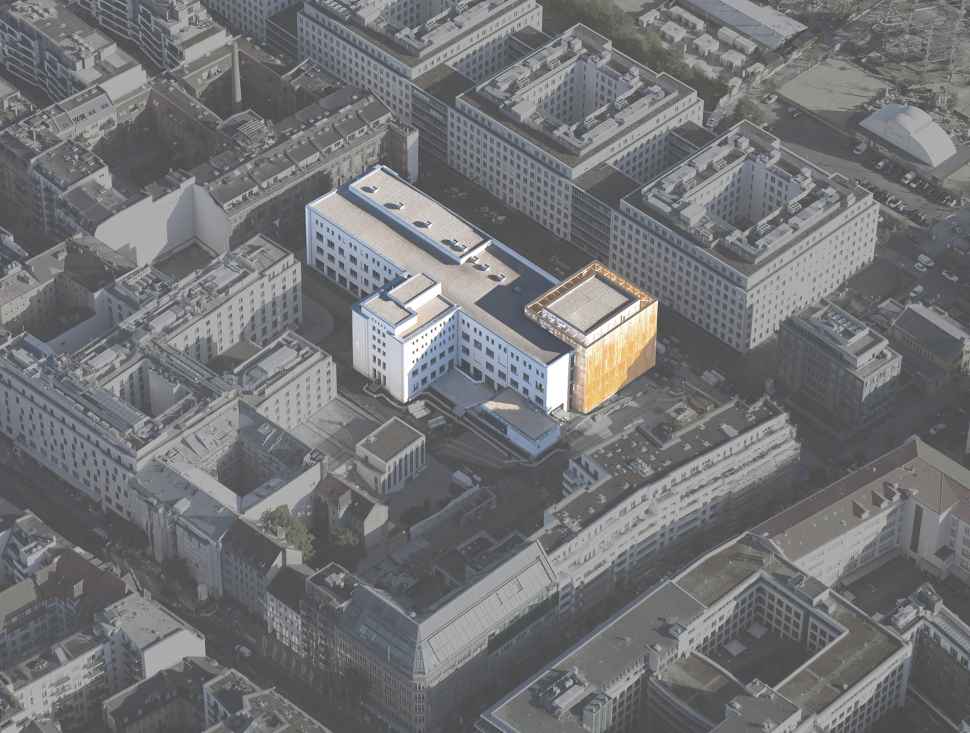 THE UNIVERSITY OF PERFORMING ARTS ERNST BUSCH 2018 — From outside the building is composed of three parts: the upgraded old building, which is cut open at one end, the timber-clad fly-tower, which engages this incision at the side, and the glazed cafeteria box, which is slid up against the flank of the old building. The encounter between raw and refined, between old and new is marked in the interior by a separating line at a height of 2.30 metres, which extends through the entire building. All the surfaces below this height have been finished or refined, the parts of the building above remain as they were found or in a raw state. The 24-metre-high fly-tower with its timber cladding ensures that the building on Zinnowitzer Straße can be recognised from afar as a public place.