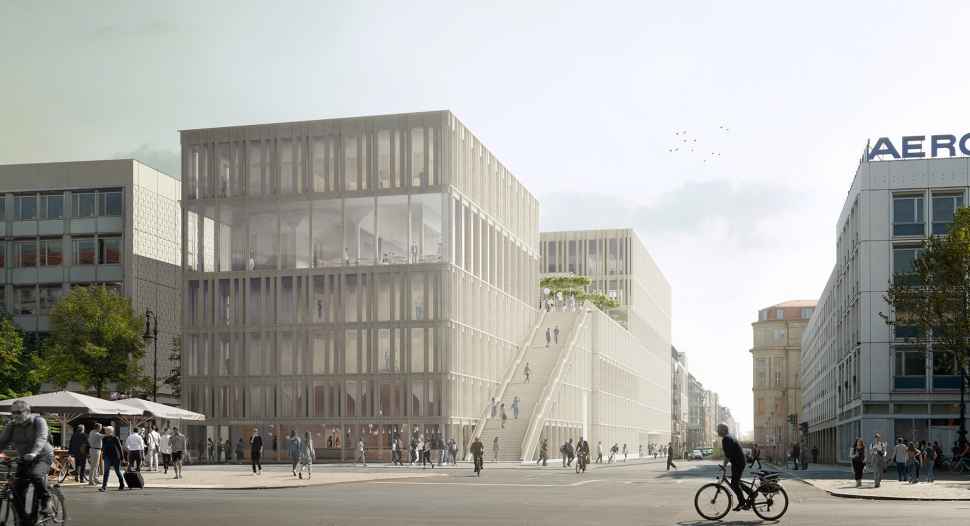 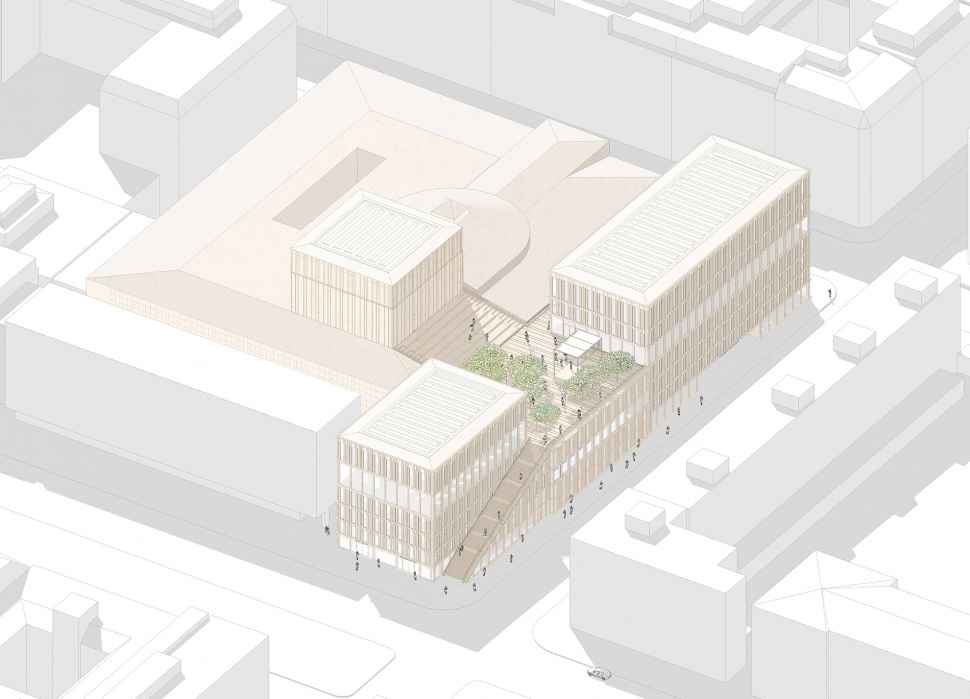 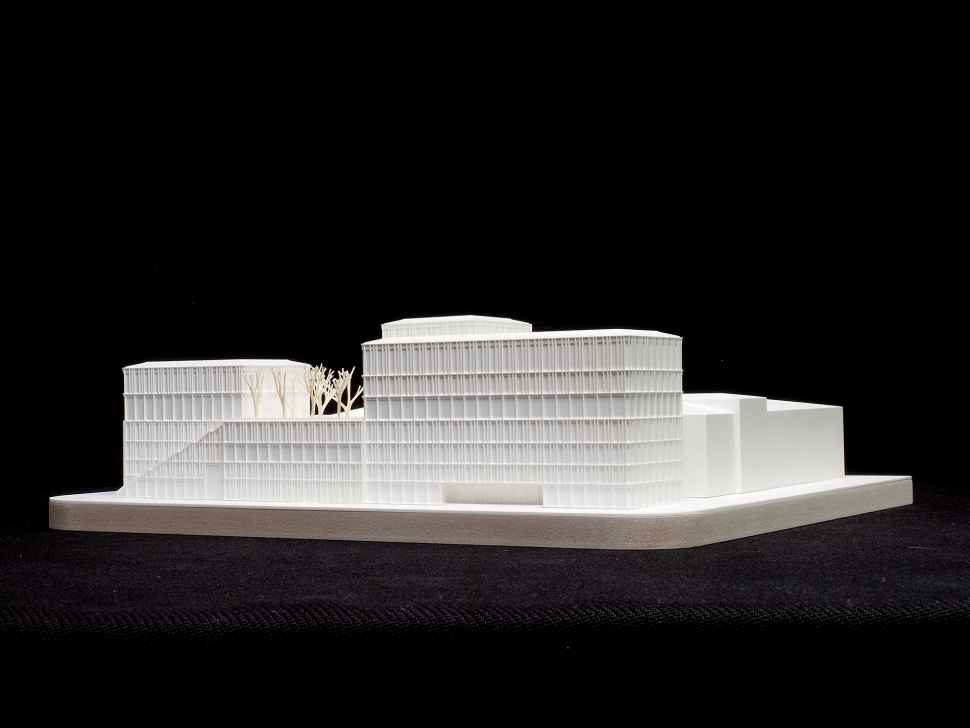 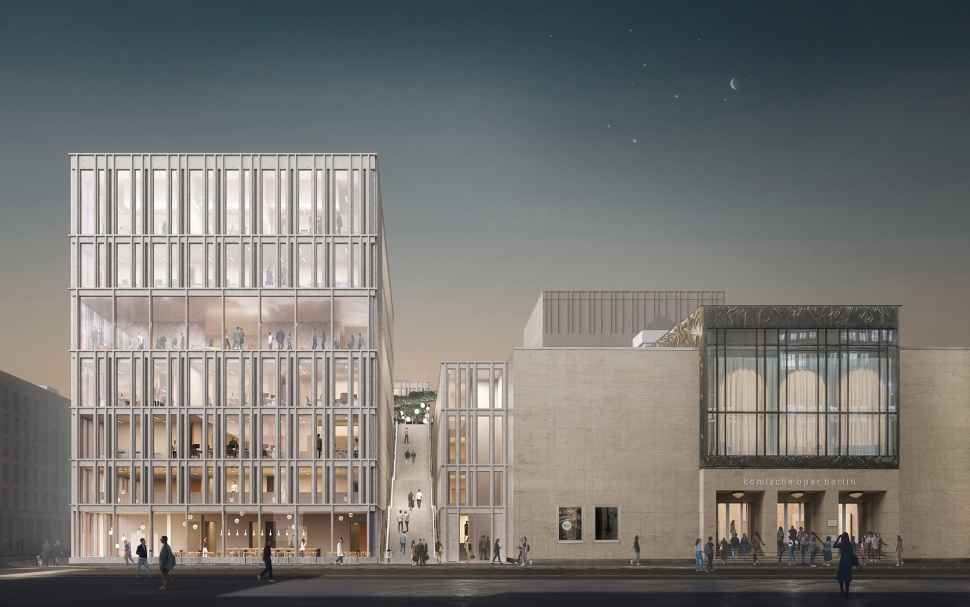 CONVERSION AND EXTENSION KOMISCHE OPER BERLIN 2020 - In addition to improving functional elements, the expansion of the Komische Oper has one major goal: moving forward, this renowned and innovative venue will be appropriately presented in its urban context.

Located along three streets, the new front building, rehearsal stage, and administration of the opera house are now connected to create a large, accessible unit.

The Komische Garten, on the roof of the new rehearsal stages, is the visible centrepiece of the ensemble. Invitingly accessed from the street via stairways from Unter den Linden and Behrenstraße, and spatially framed by the two large volumes of the new building and the raised stage tower, a unique open space has been created here that enables the Komische Oper to celebrate the dialogue with its audience.
With an attached restaurant and events area, the garden serves as an open-air foyer before and after the performances, during the breaks, and as a space for outside performances and events: a stage open to the city—the city as a stage.