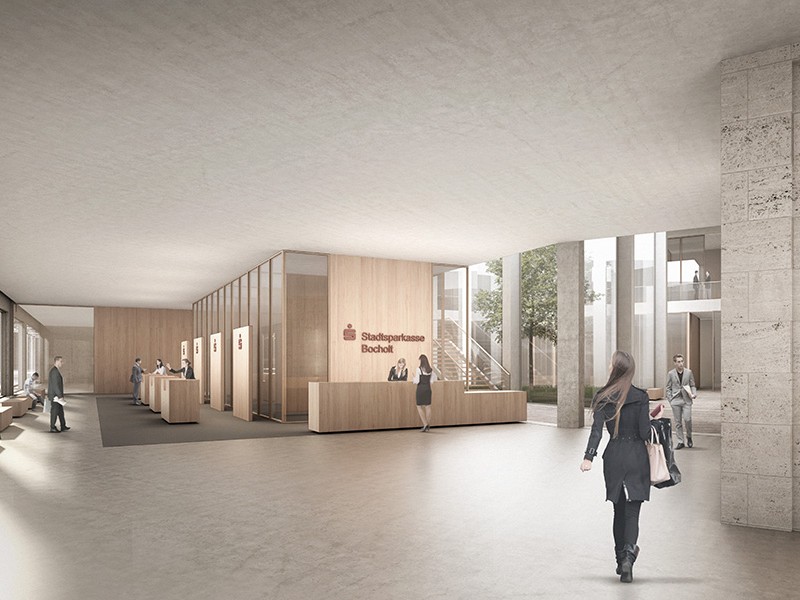 New construction of the Sparkasse in Bocholt with urbanistic completion task. The new building Stadtsparkasse Bocholt is an important city block, which contributes significantly to the revitalization of lying in the north-south main axis of the old town urban expansion and promoted the development of the southern shore Aa into a public space. The proposed urban figure of four storeys on either side built Neutorplatz formed as an elongated, conically opening urban space, seeking to meet as a central retail location with a reasonable density of its service.