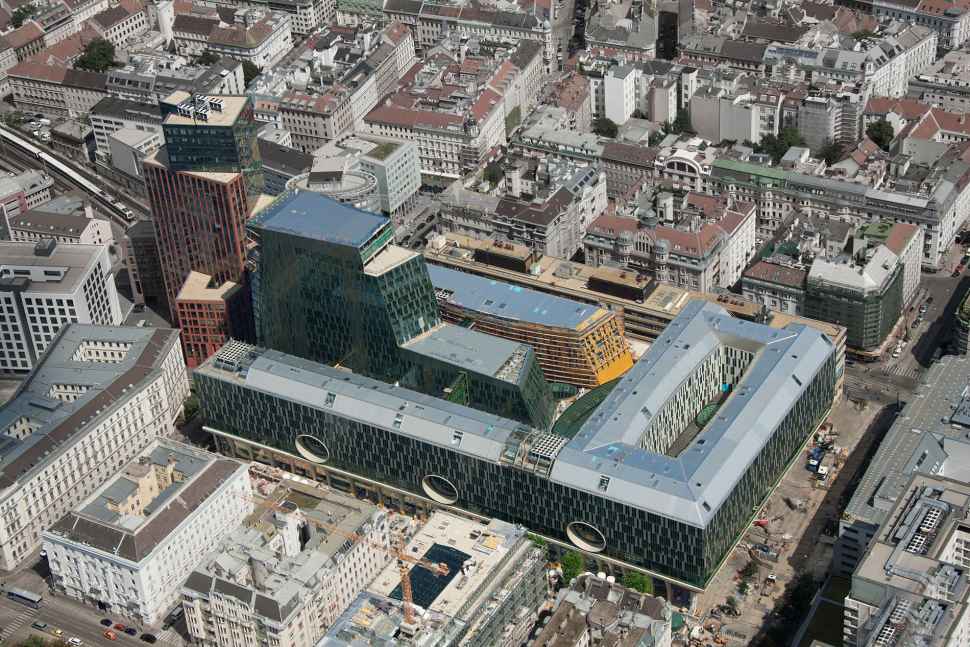 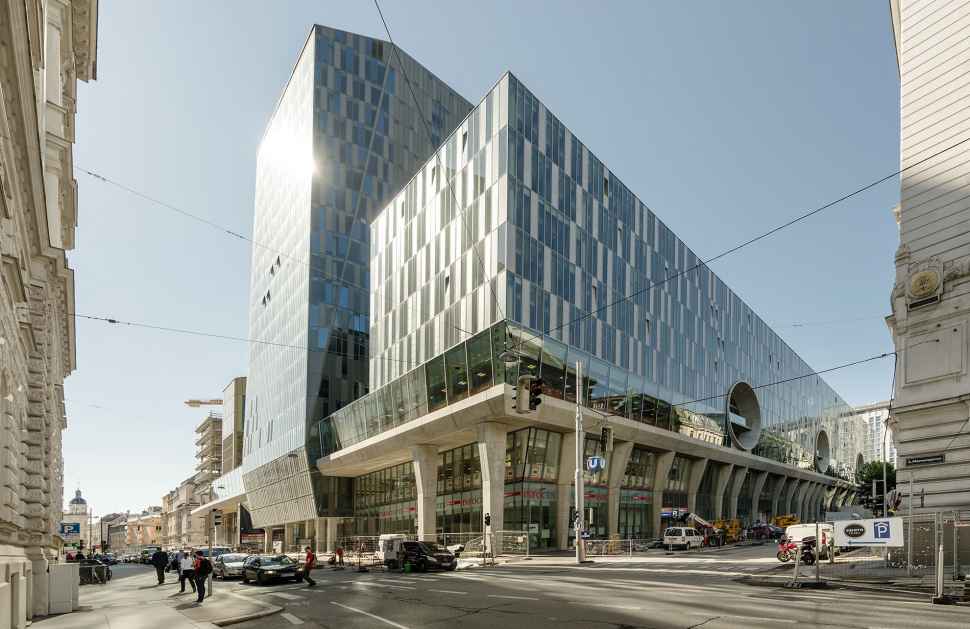 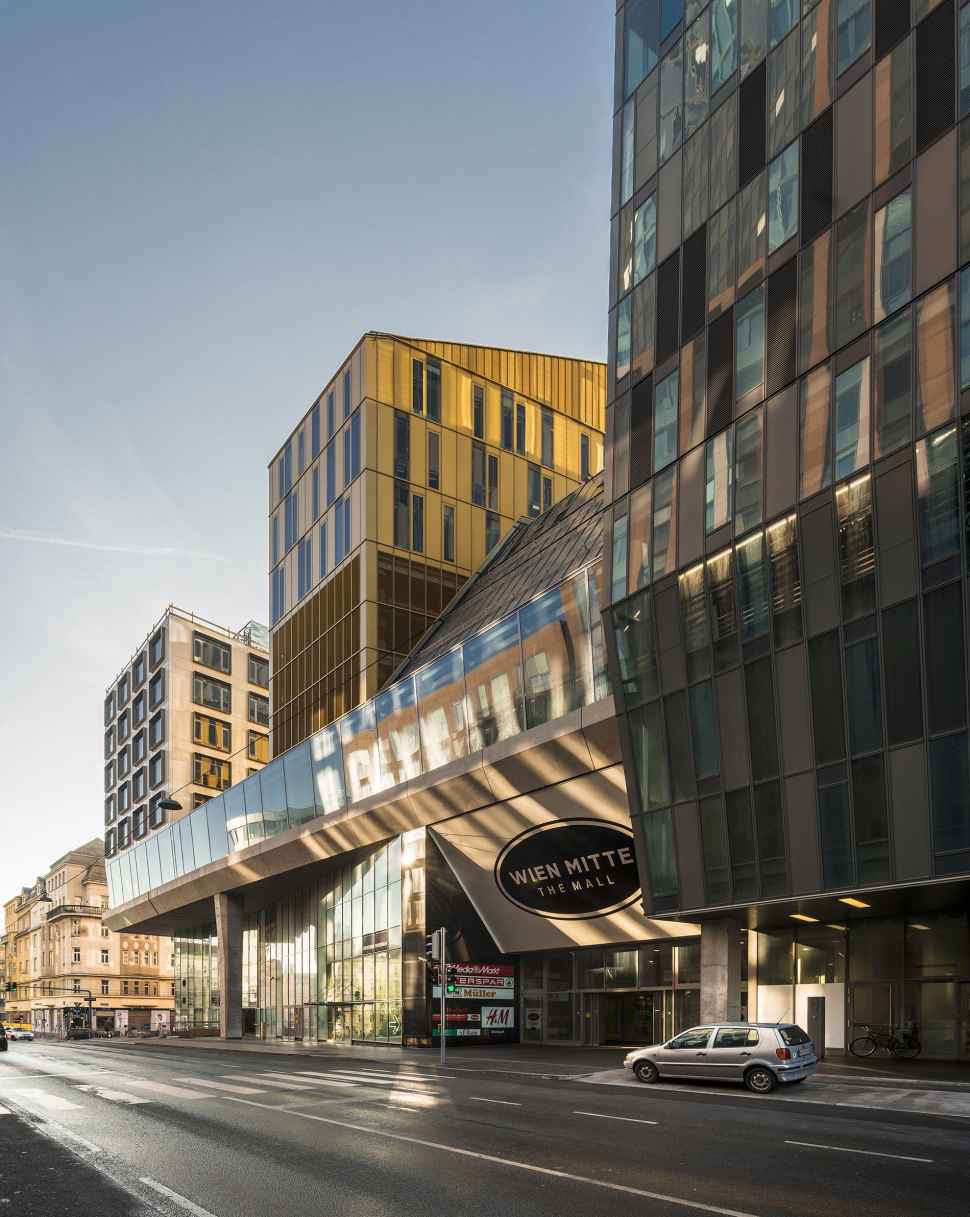 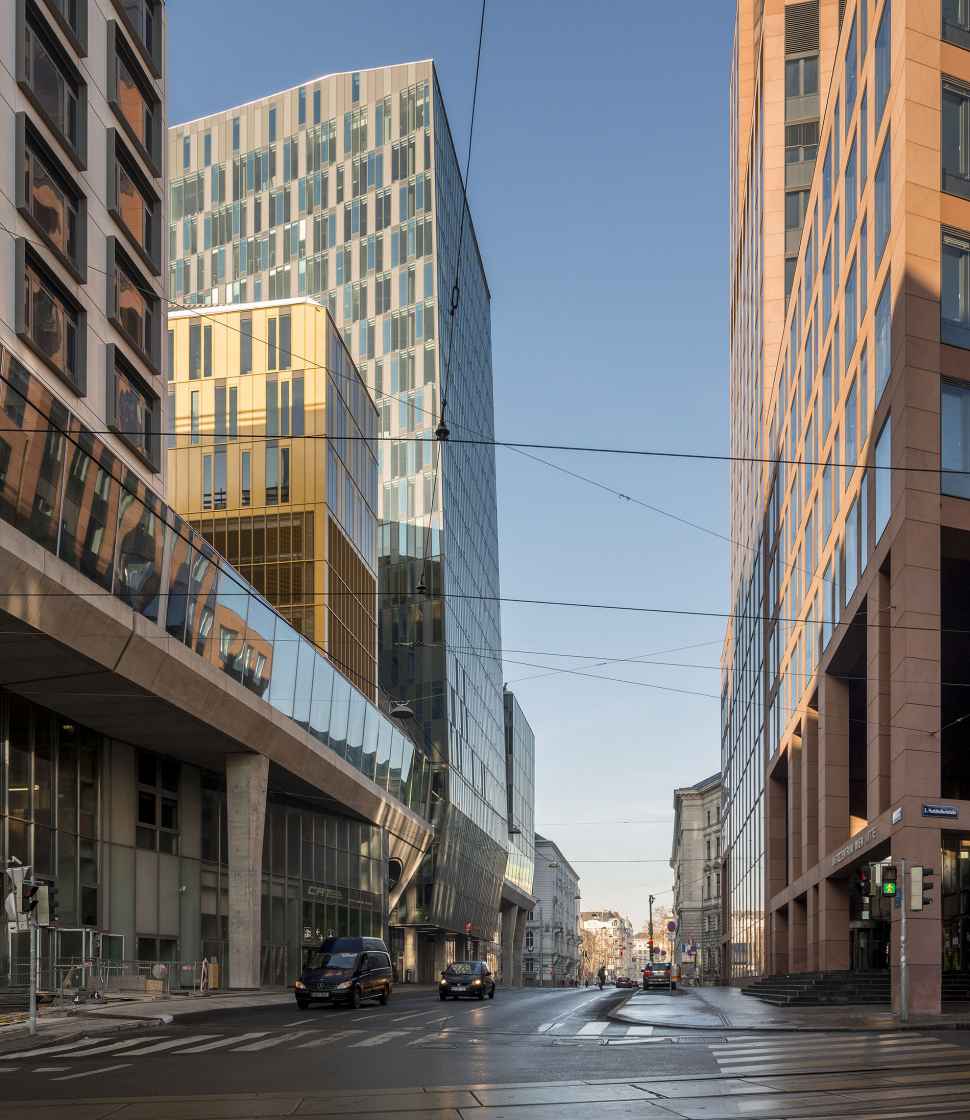 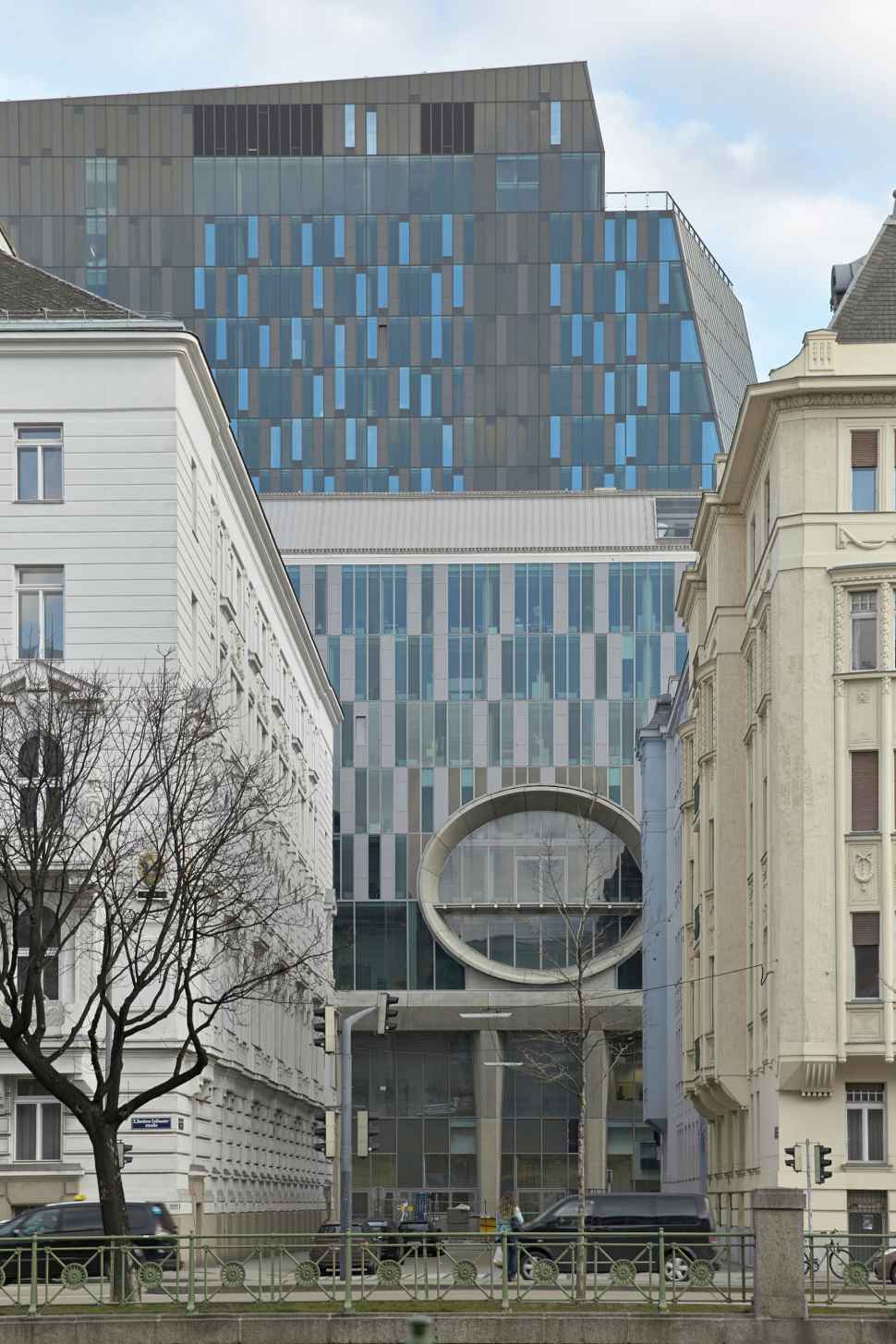 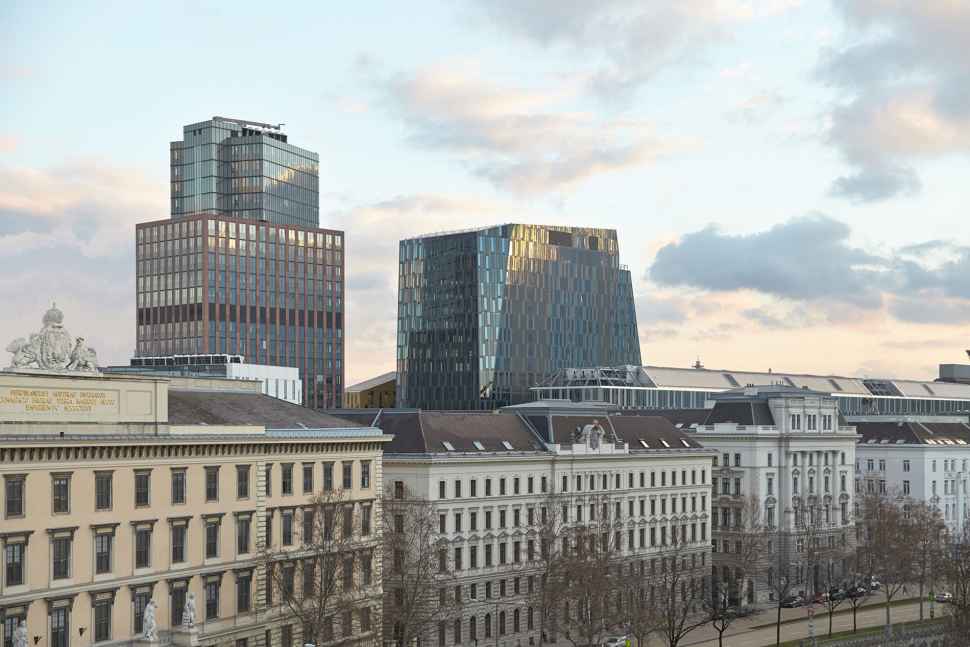 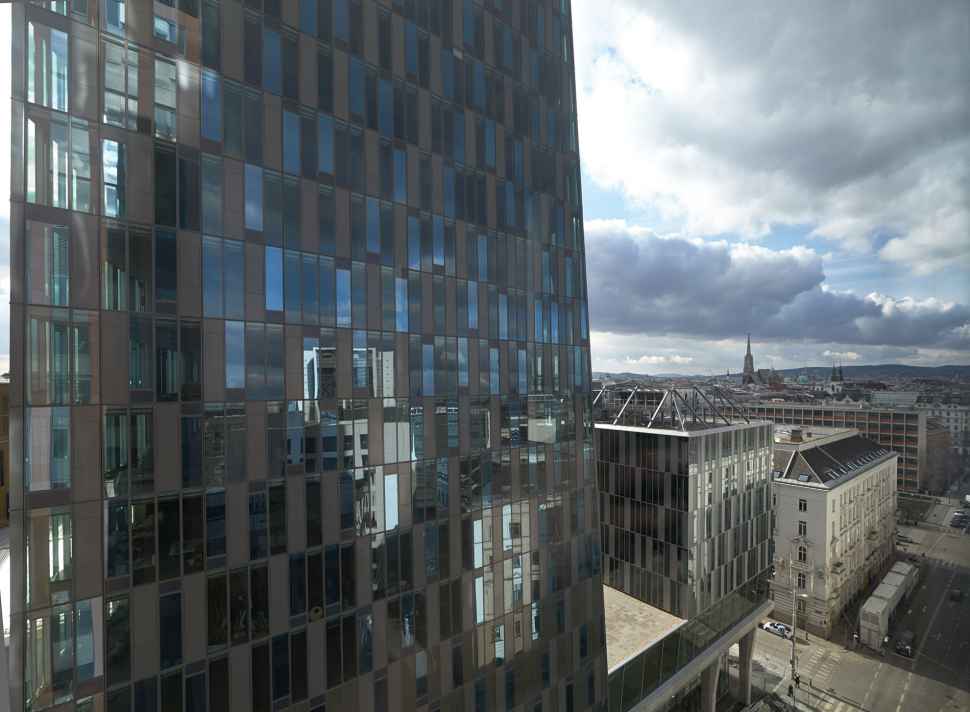 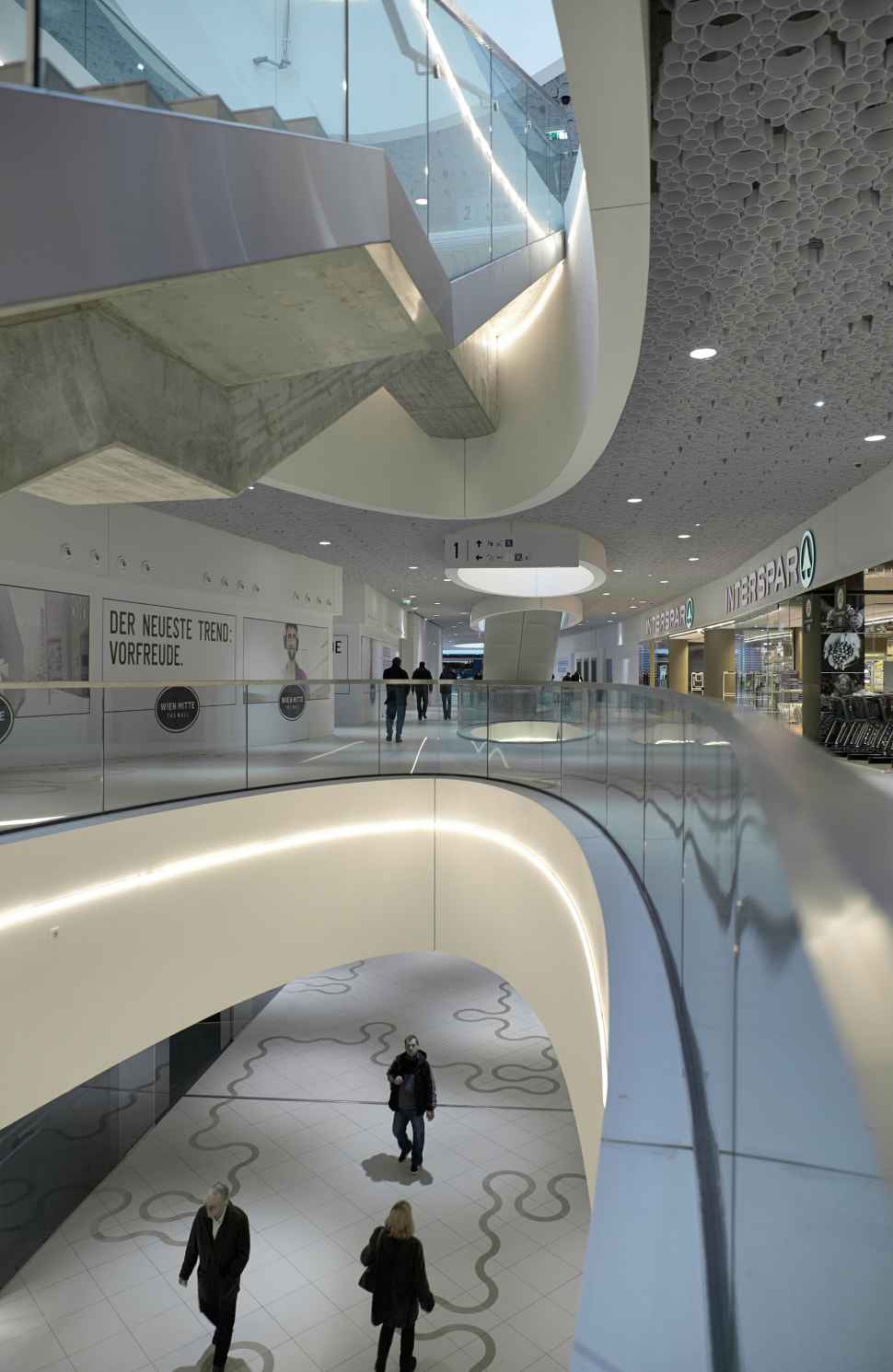 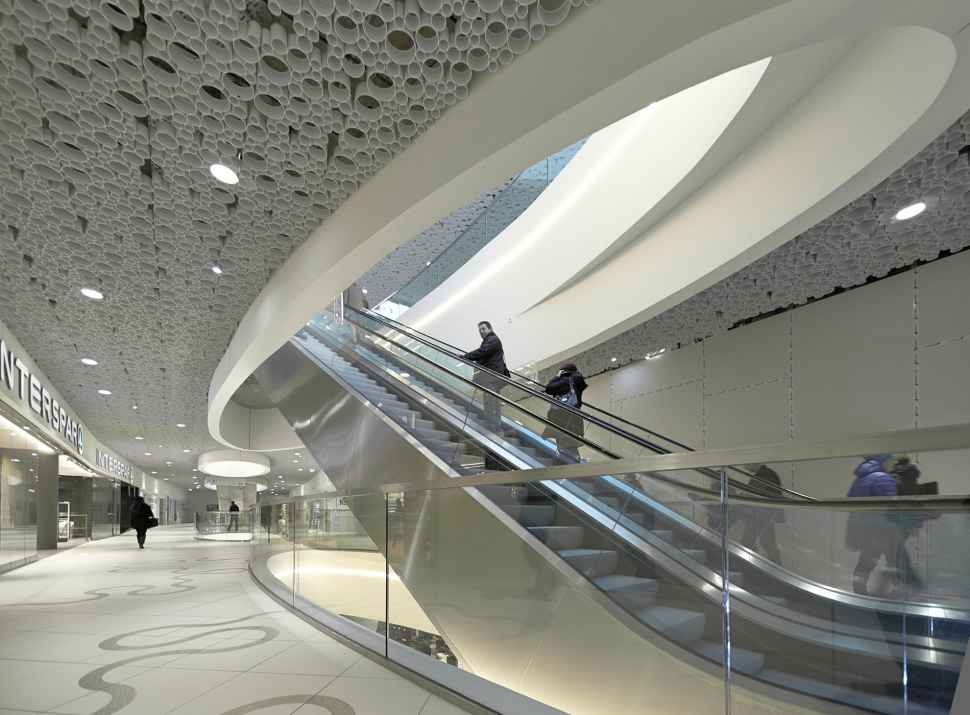 WIEN MITTE VIENNA 2013 — The railway station Wien Mitte is a few minutes on foot from the historic centre of the city, Stephansplatz. The station itself is a hub for all important local transport lines. This is where the Wien Mitte Centre is to be created: a slab measuring 17 000 m² erected above the tracks on which the new centre is defined architecturally by an L-shaped glass block that, together with the existing market hall, forms an open U in the direction of Marxerbrücke. In the enclosed internal area two sculptural building volumes determine the appearance: "the glass banana" along the market hall and "the ski boot", a hook-shaped high-rise that soars above the ensemble Wien Mitte.