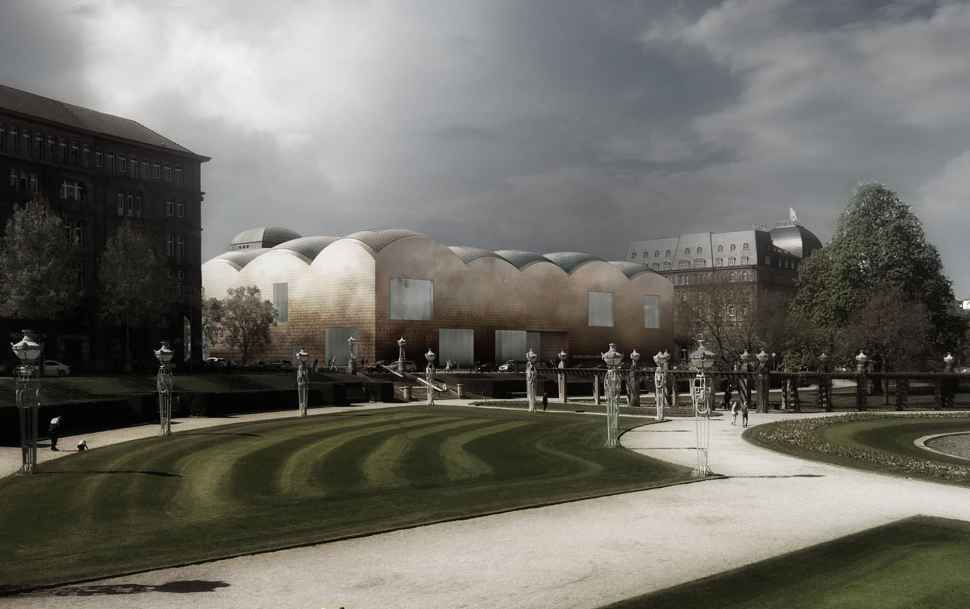 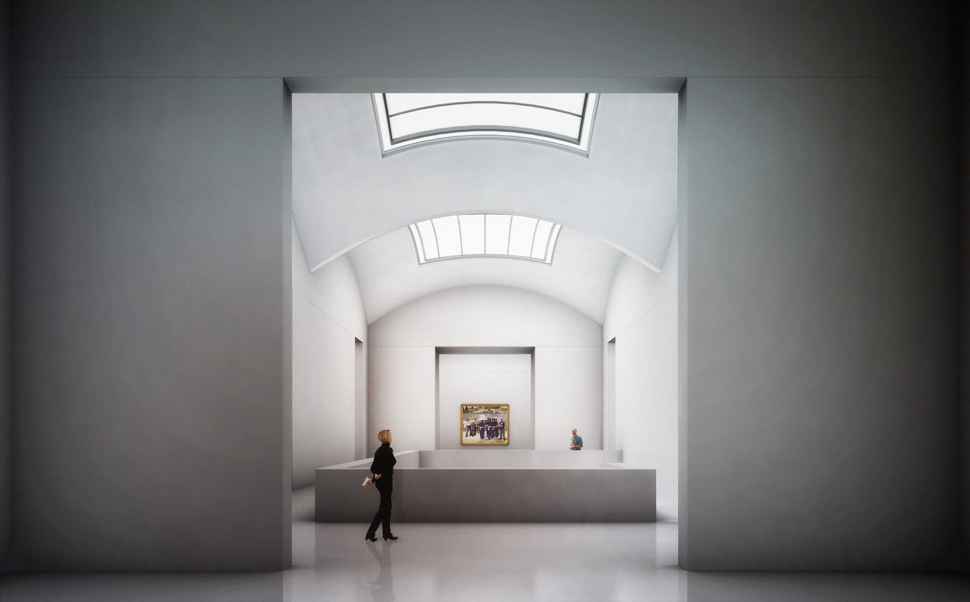 KUNSTHALLE MANNHEIM 2012 — The most important Jugendstil ensemble in Germany is on Friedrichsplatz in Mannheim. The urban planning challenge of the new museum is to fit into this, to give it additional shine. This museum presents itself like a sculpture cast in bronze: precise and iridescent, shimmering between shell and volume. The dimensions and structure of the new building refer to the Jugendstil building designed by Billing, reinterpreting themes such as the base and dome: The new building proves itself both as a Modernist structure and as an independent composite sculpture. The two-storey new building connects on an axis to the Athena wing, tying into the dimensions of the old building. The existing axes are continued structurally on the ground floor of the new building, leading to a new main entrance on Friedrichsplatz via a large entrance hall with a staircase atrium, and from the Athena wing to the old entrance hall, connecting into the new museum garden. The new building is dominated by a field of 16 domes, the skylights of which generously supply the art collection rooms with light. At the same time, these domes unobtrusively create autonomous spaces and a characteristic image in urban space.