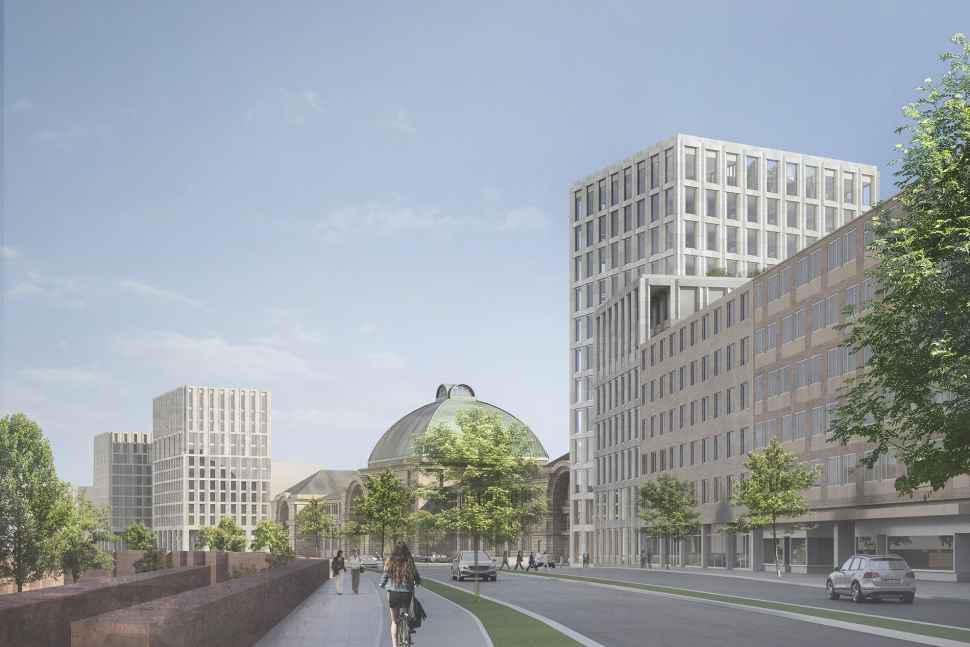 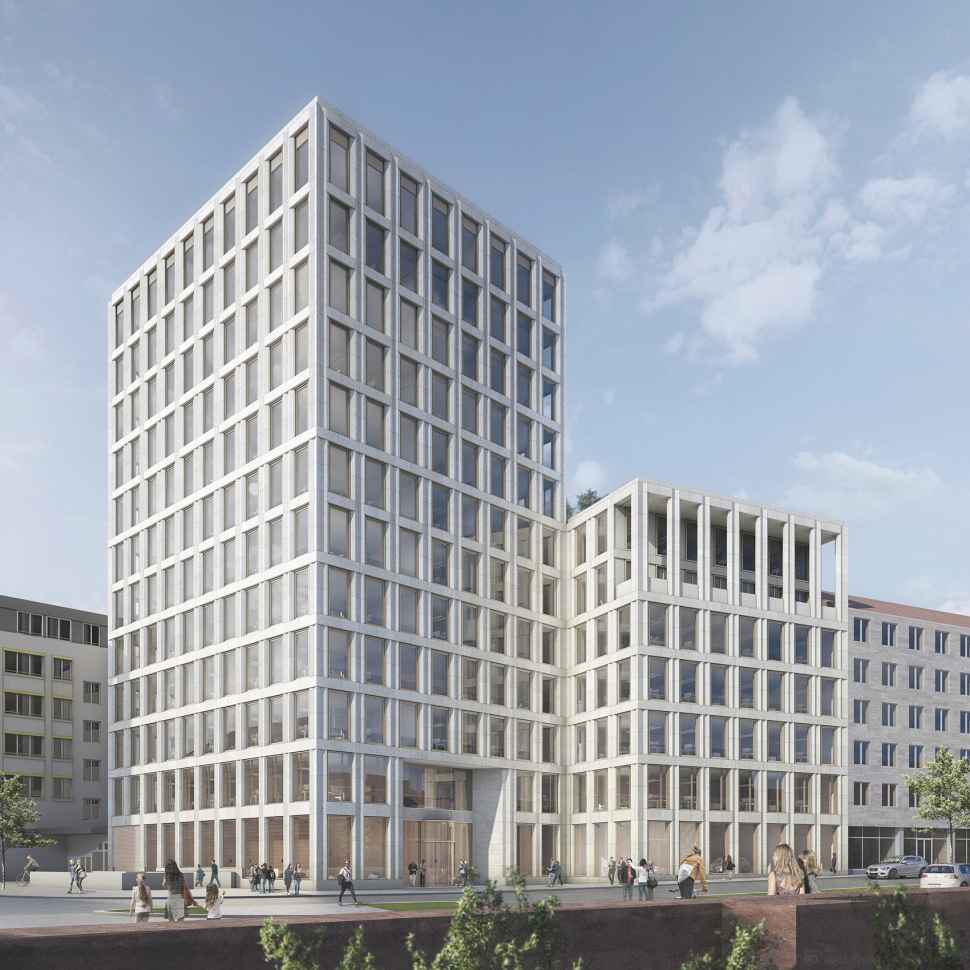 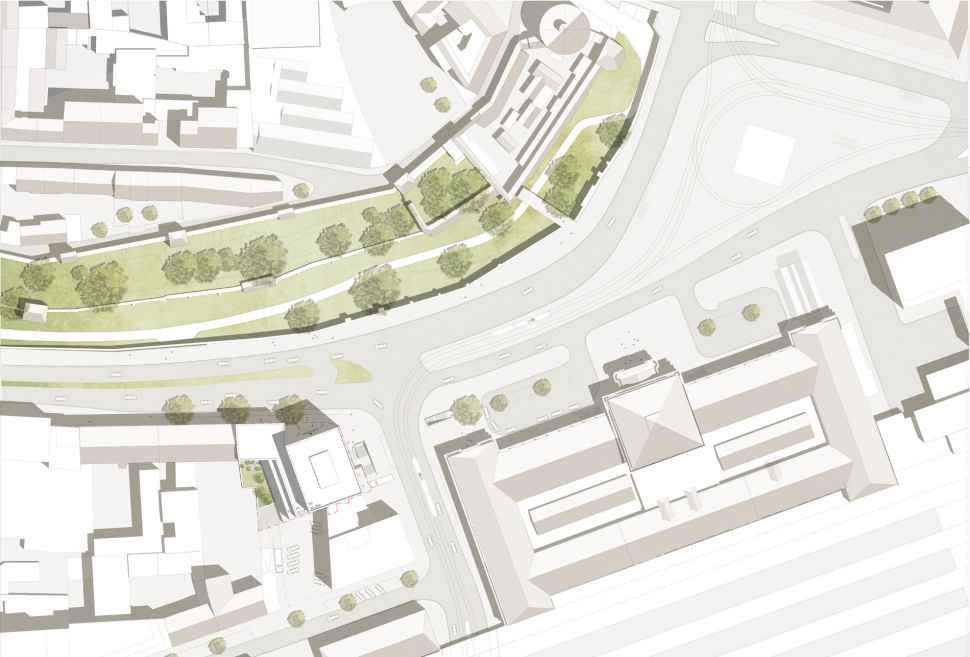 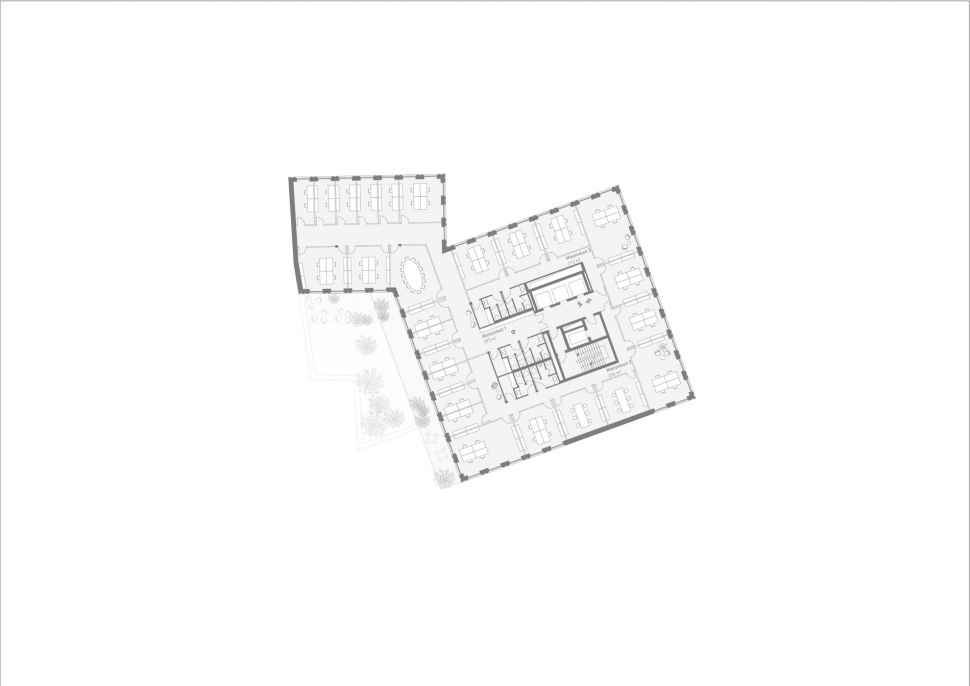 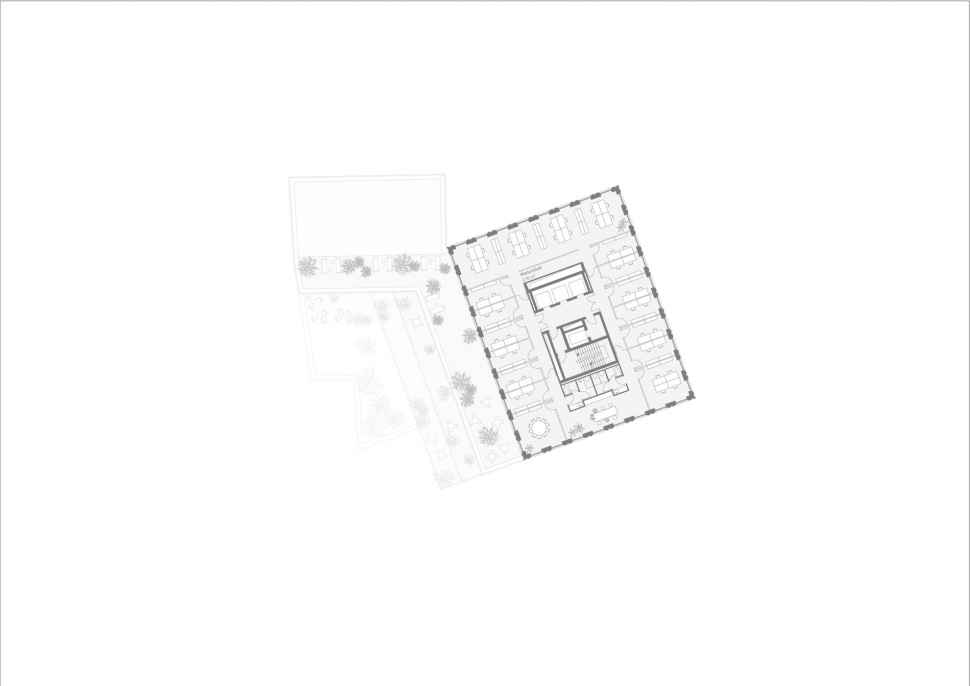 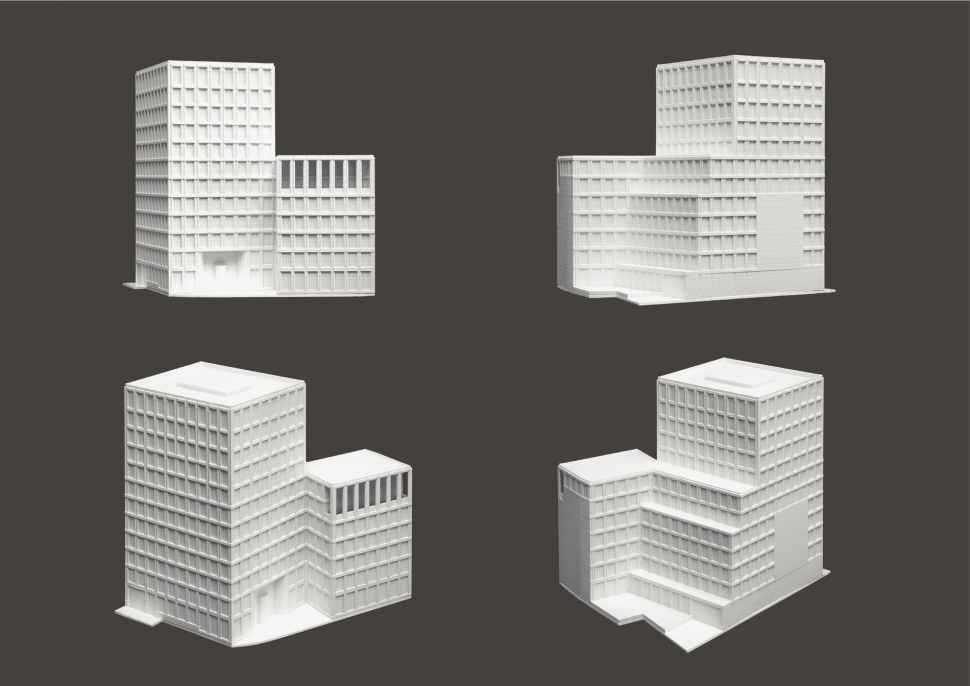 TRAIN STATION PLACE NUREMBERG – Nuremberg's central station is one of the most beautiful in Germany. With its low, elongated figure, the large, richly decorated portals it deserves an urban and architectural setting which is appropriate to this juwel.

The east side of the station forecourt with the new Tafelhof Palais is a good example, with what matter-of-course and calm elegance this can be solved. With family resemblance and fine autonomy this frame is presented on west side of the station: a structural counterpart that is capable of together with the buildings opposite a memorable station square to formulate.

The new building appears in two parts: In the flight of the Frauentorgraben a 7-storey structure attaches to the existing building, crowned by a loggia above the edge of the eaves - with a view of the old town. The adjoining tower at the station forecourt with its 12 floors is oriented in its orientation at the station. The resulting small forecourt serves with high Portal the main entrance of the new ensemble. The idea of the overall figure of the building is particularly evident on the courtyard side. A multilevel terracing and opening to the courtyard side corresponds to the clear edges of the urban attitude on the square. An attractive garden courtyard with a high degree of quality of stay for users and neighbours.