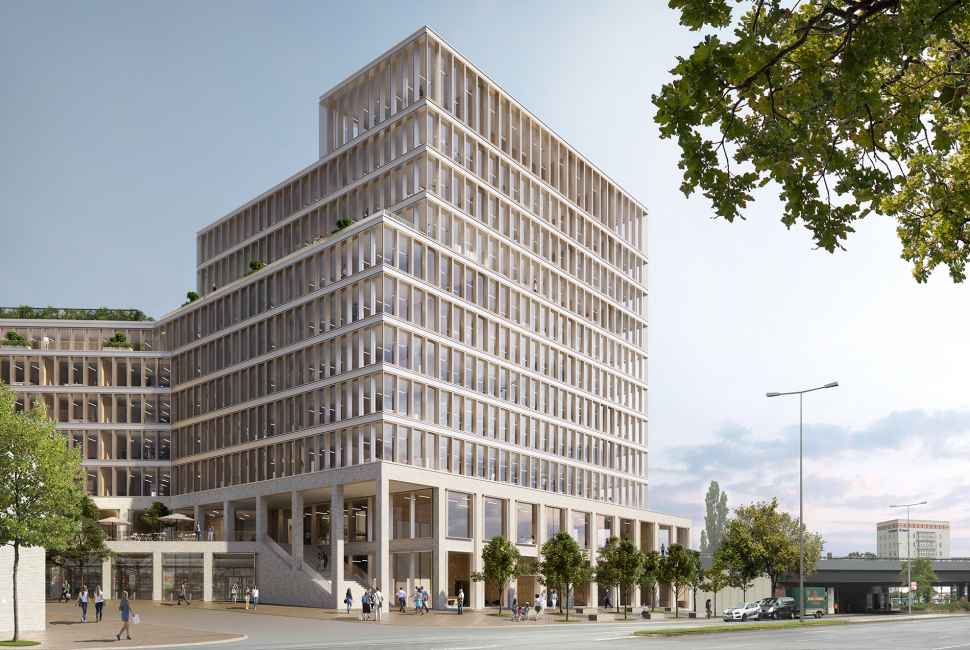 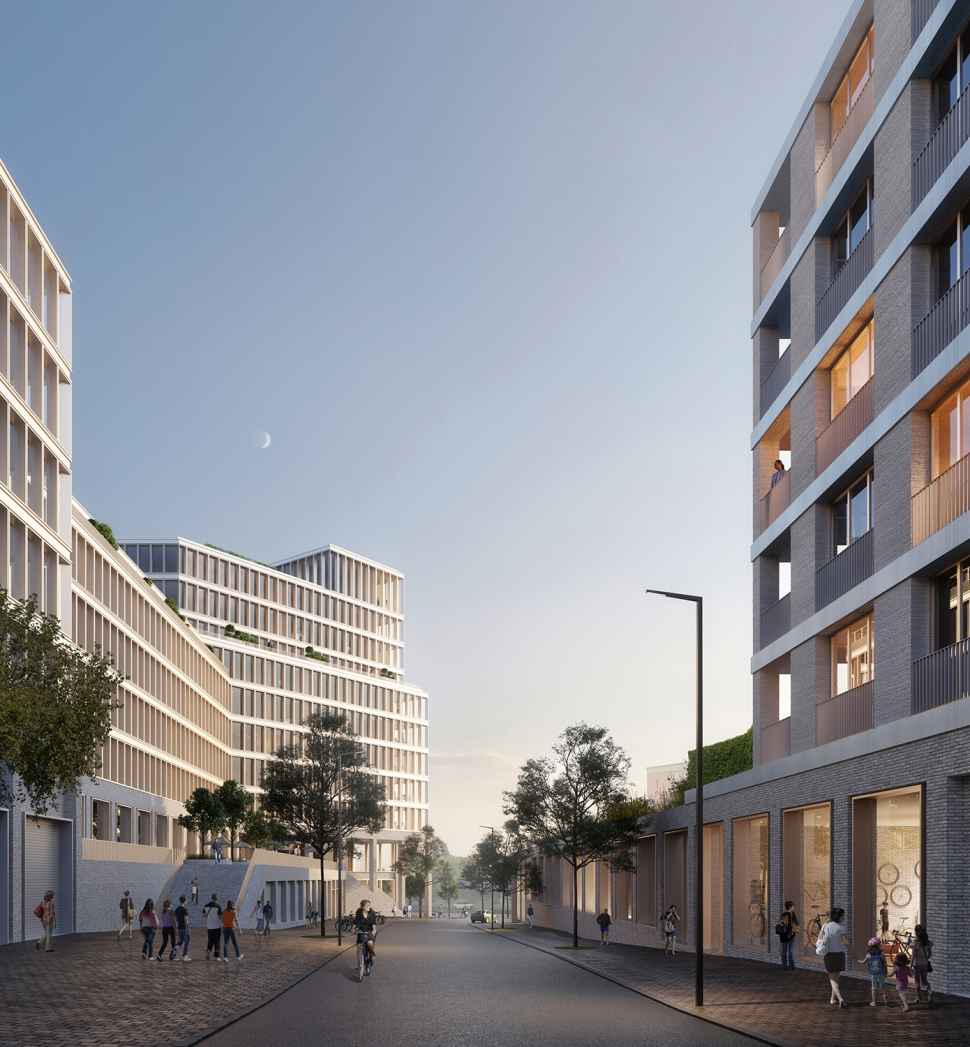 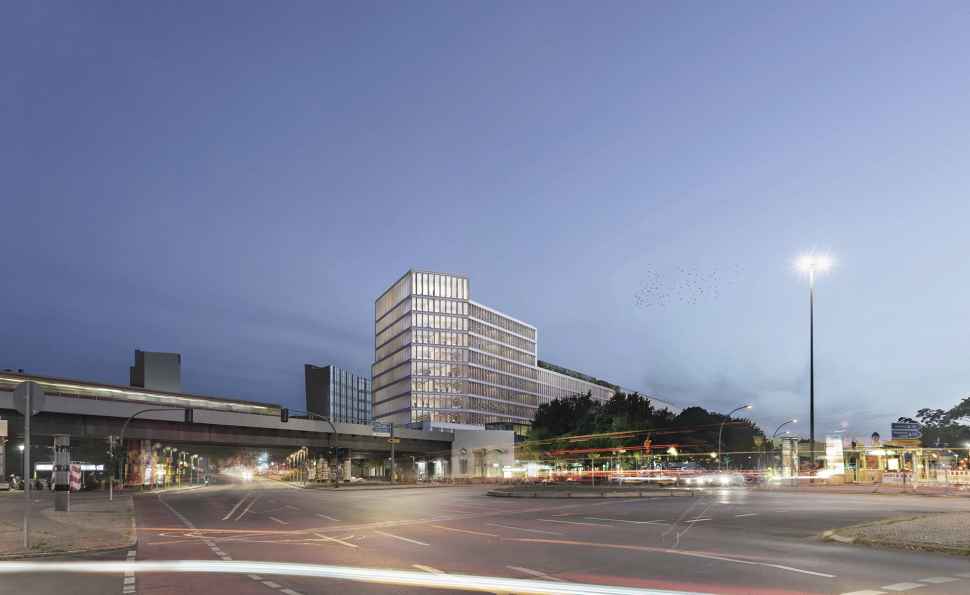 Crossing over to the light railway station, a narrow façade facing Innsbrucker Platz establishes the house as part of the square. With a free-standing “tower addition” that clarifies its location along the axis of the main road, it is both a complementary element of the urban landscape and an autonomous building sculpture. The simple volumes of the north façade react to the current urban border to the traffic arteries, while the south side reveals itself as a finely differentiated, terraced urban form.