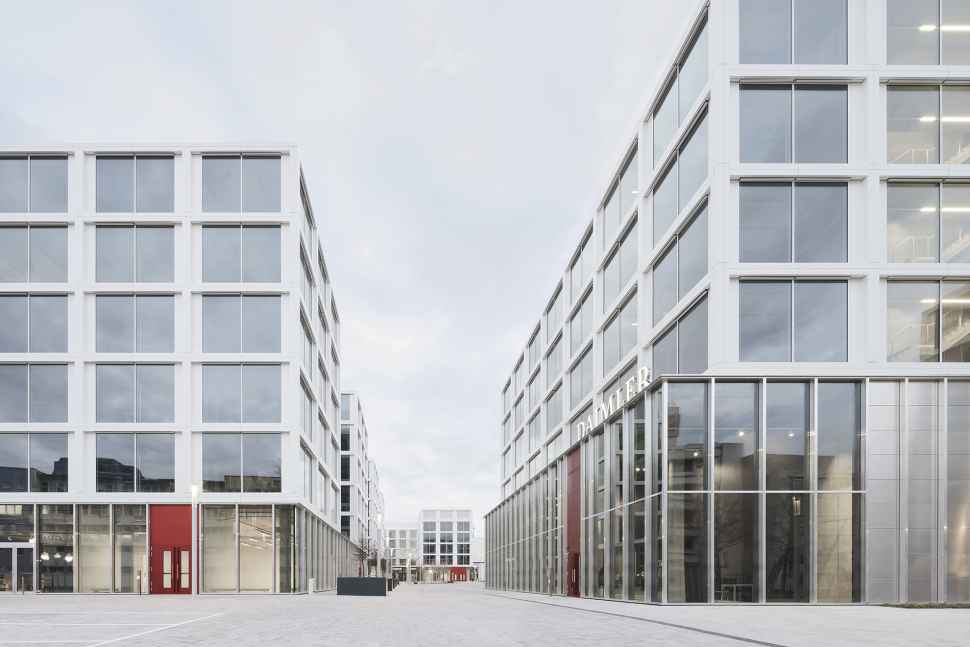 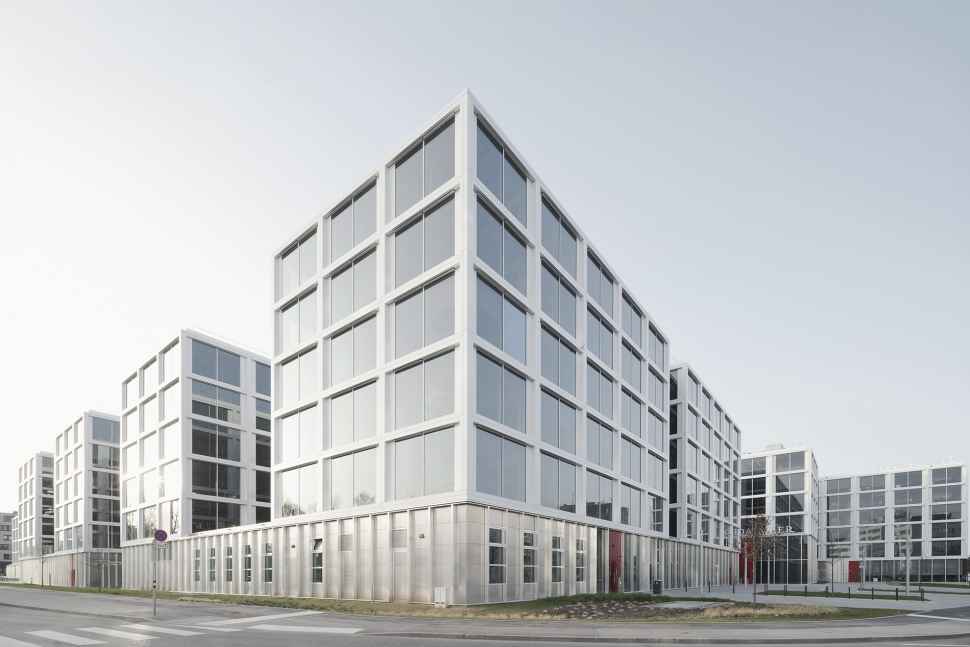 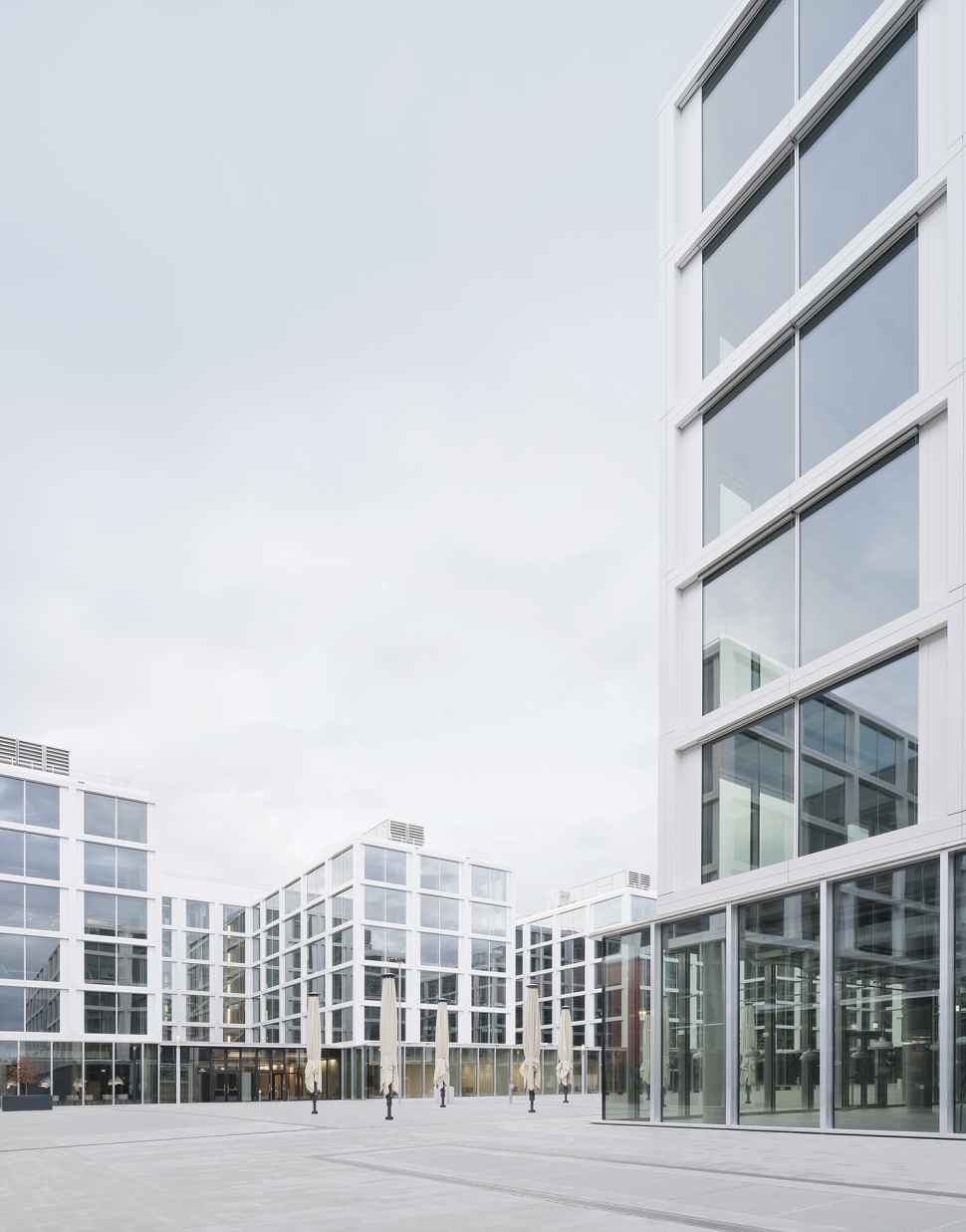 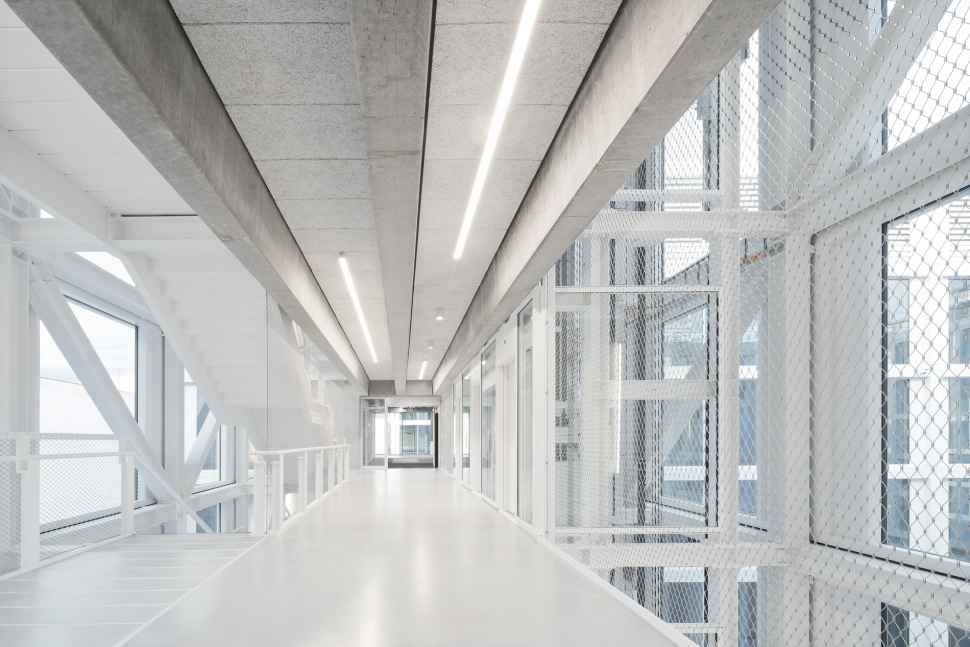 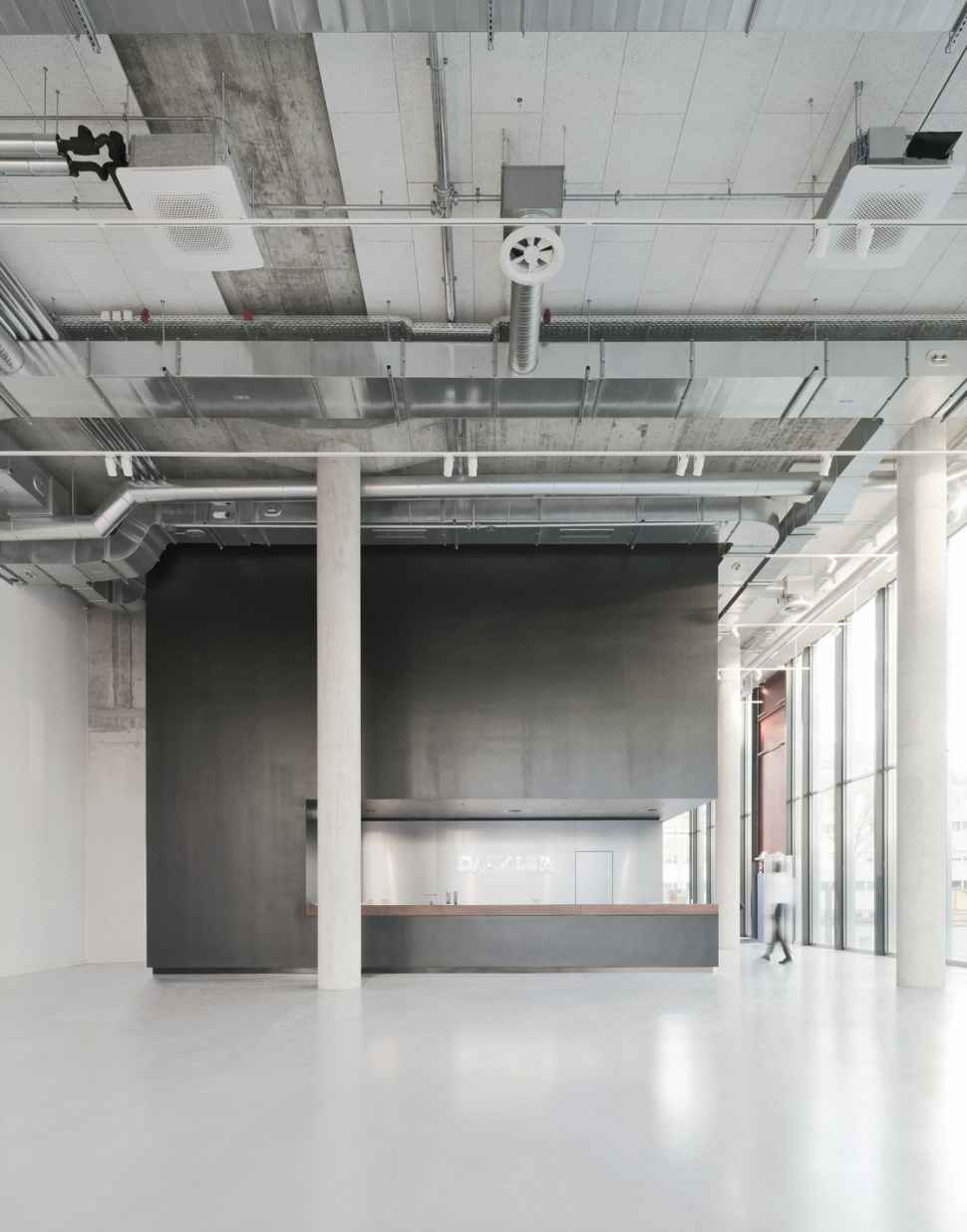 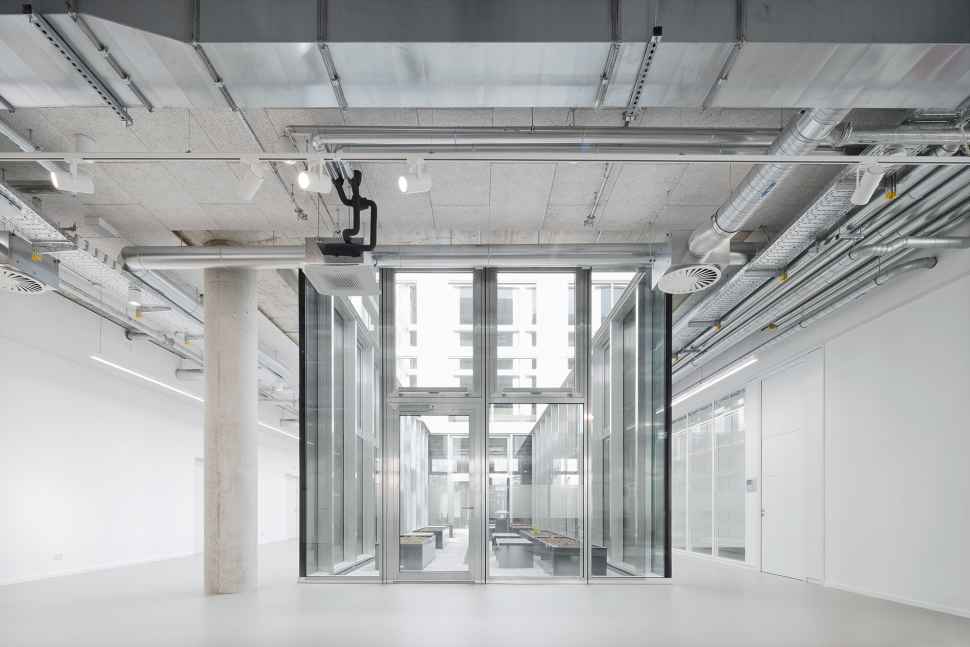 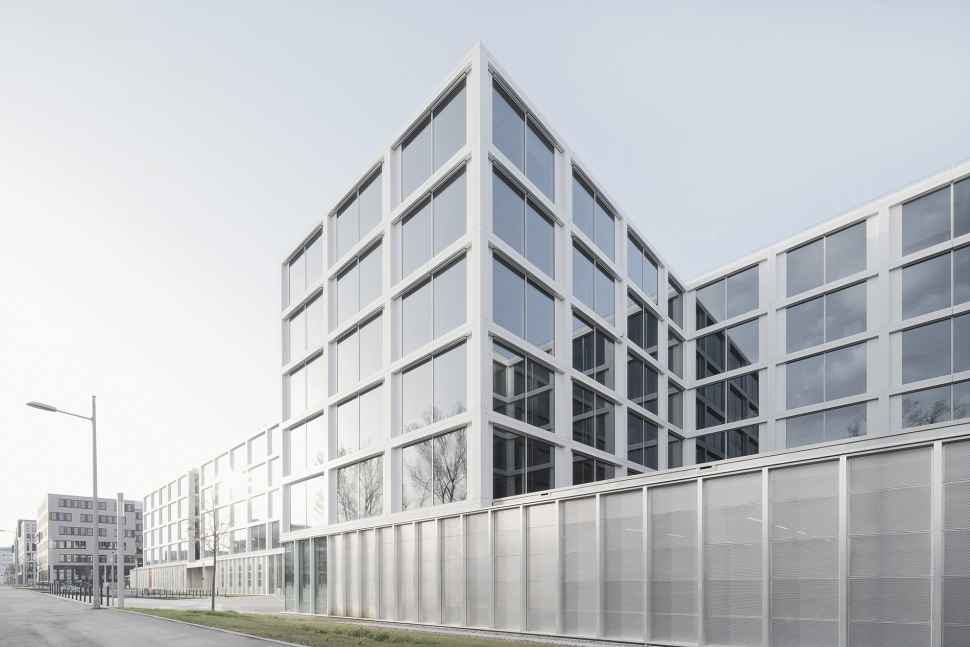 DAIMLER OFFICES STUTTGART VAIHINGEN 2021 — Daimler AG built an urban office district. About 4,200 workplaces, a company restaurant, a food court, a health centre, a day-care centre, and parking facilities have been created on approximately 100,000 square metres of space. The project draws inspiration from the image of a loosely structured, greened city. The volumes of the quarter are placed independently of the street front, following a simple, urban logic, creating a dense and precisely defined, central urban space, the centre of the neighbourhood. Presenting itself to the outside as a relaxed office park, from the inside it is an urban hub that is networked with the surroundings. As part of a designated development area, the project has a decisive impact on the new neighbourhood, accelerating its urban development into an outstanding location. The identification with the green city concept opens up an opportunity to shape the cityscape and create a clear identity for the site despite the existing heterogeneity of the area.