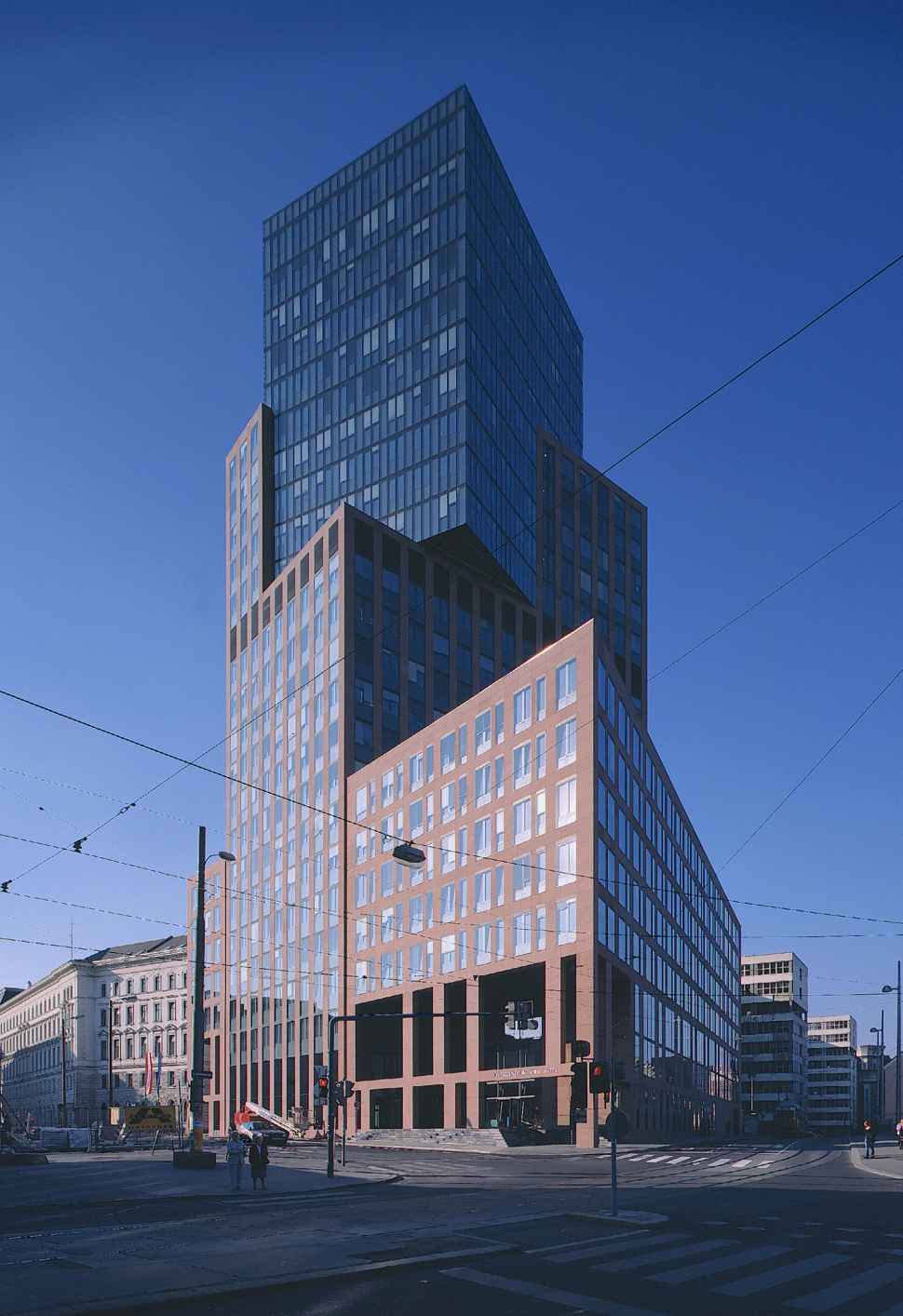 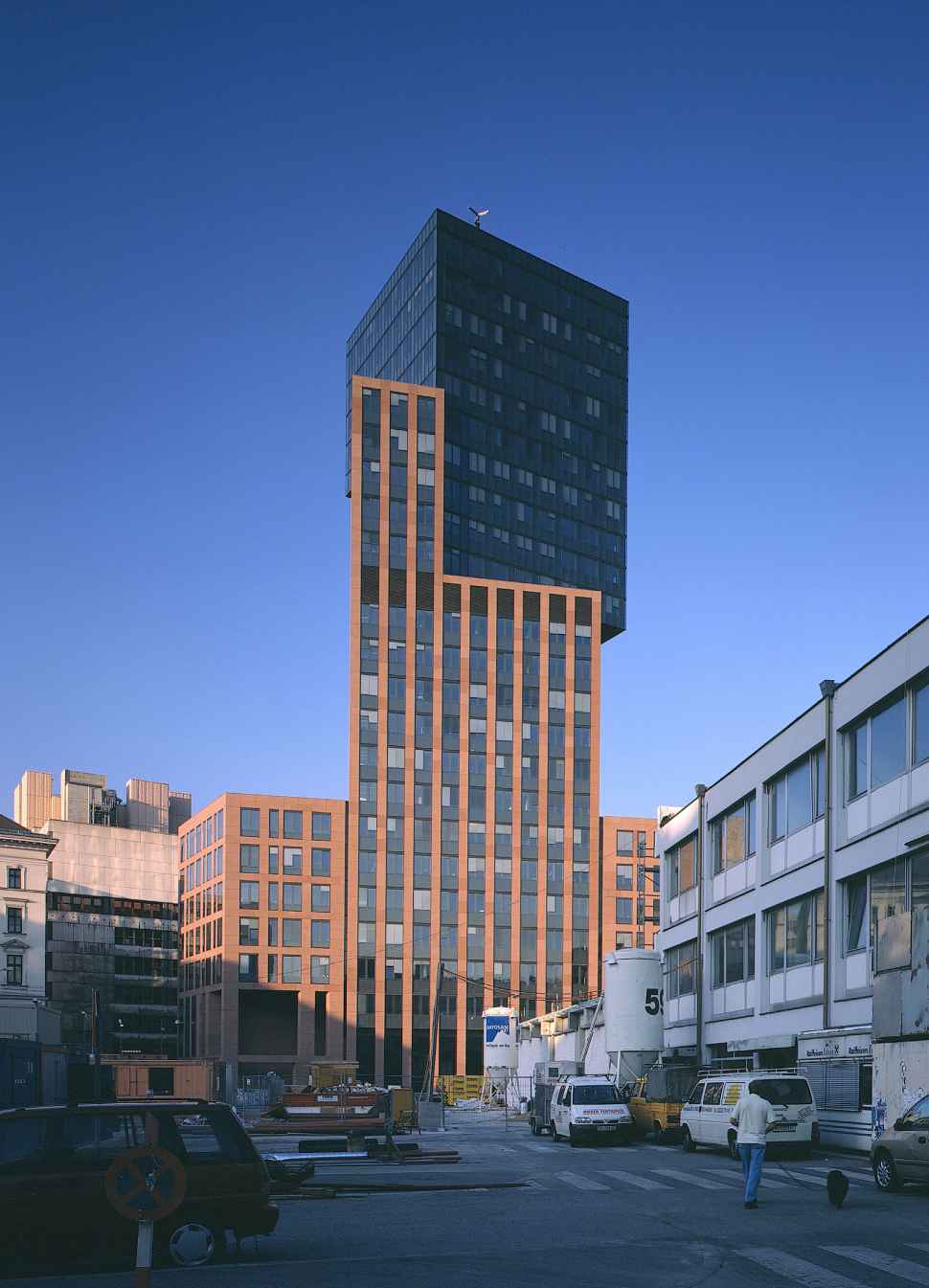 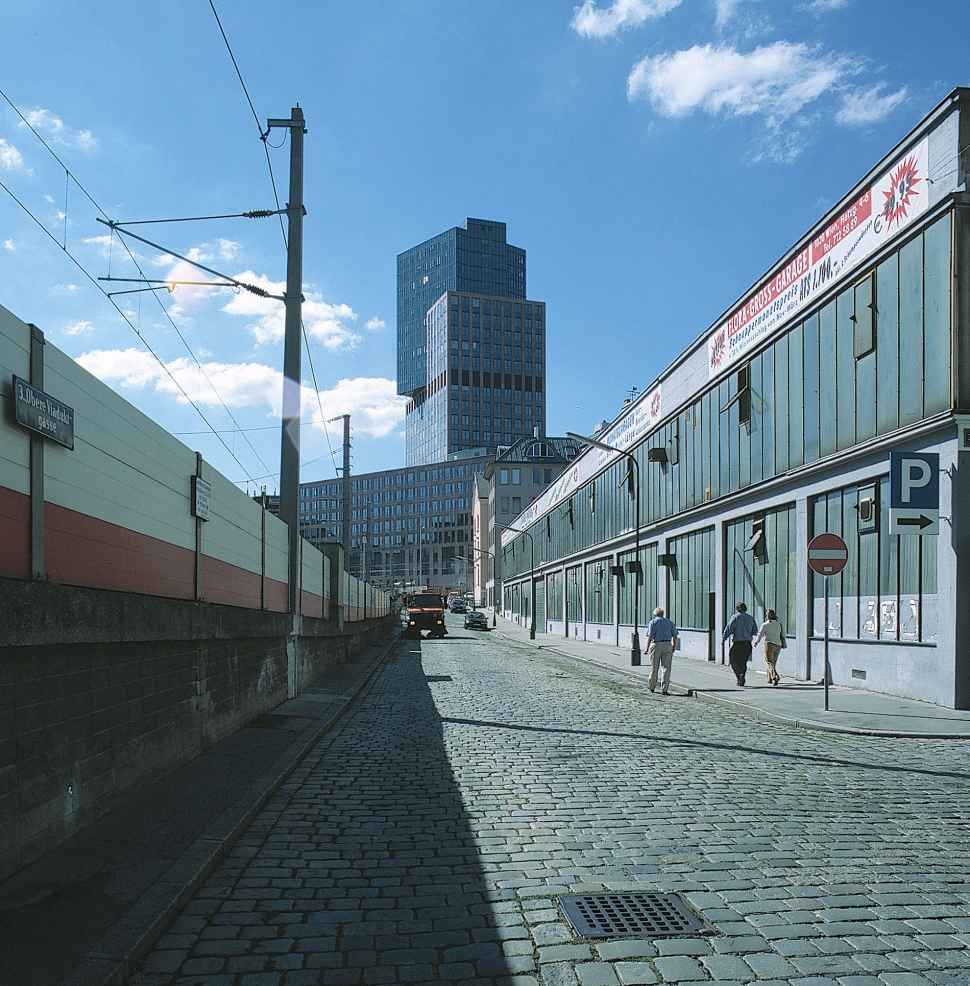 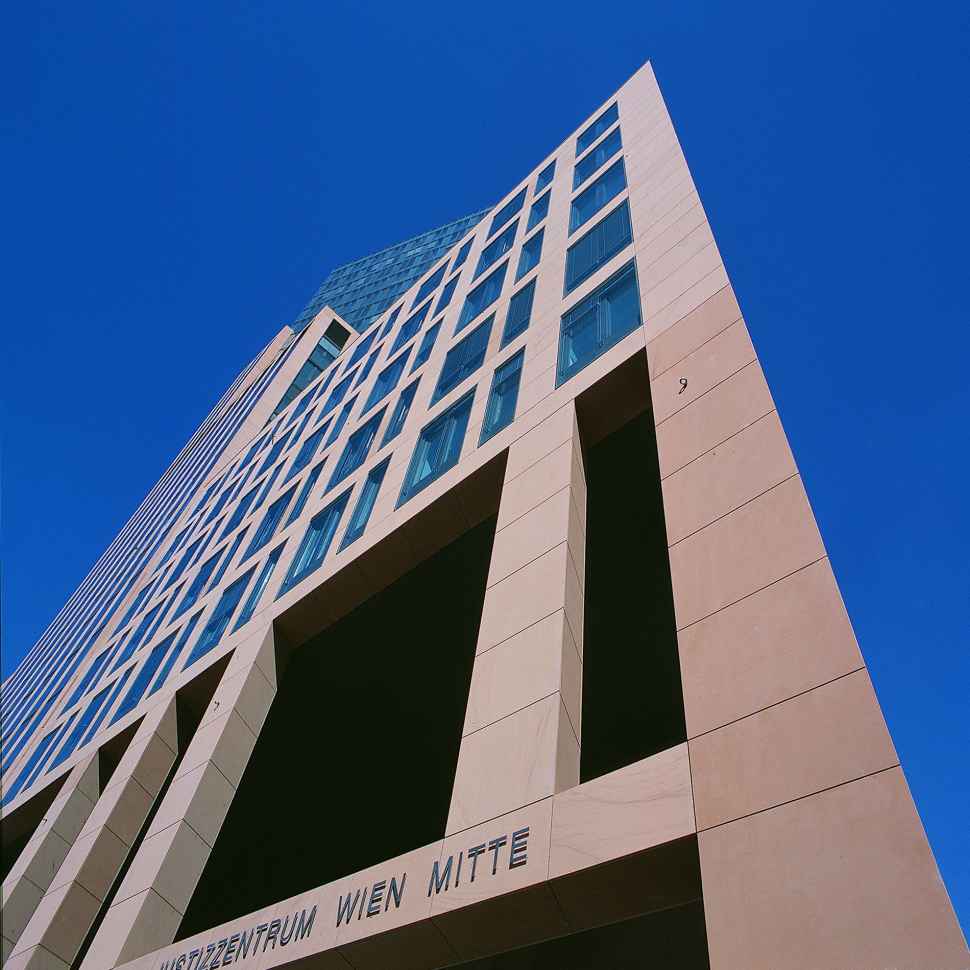 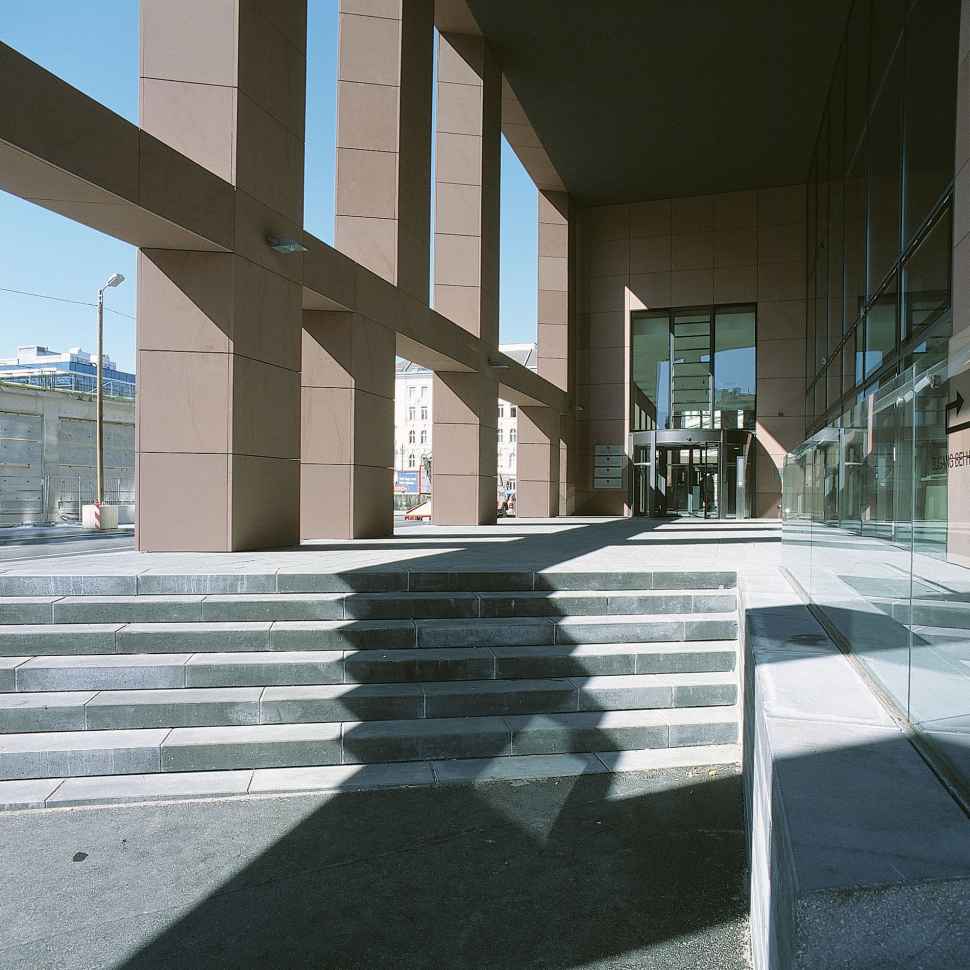 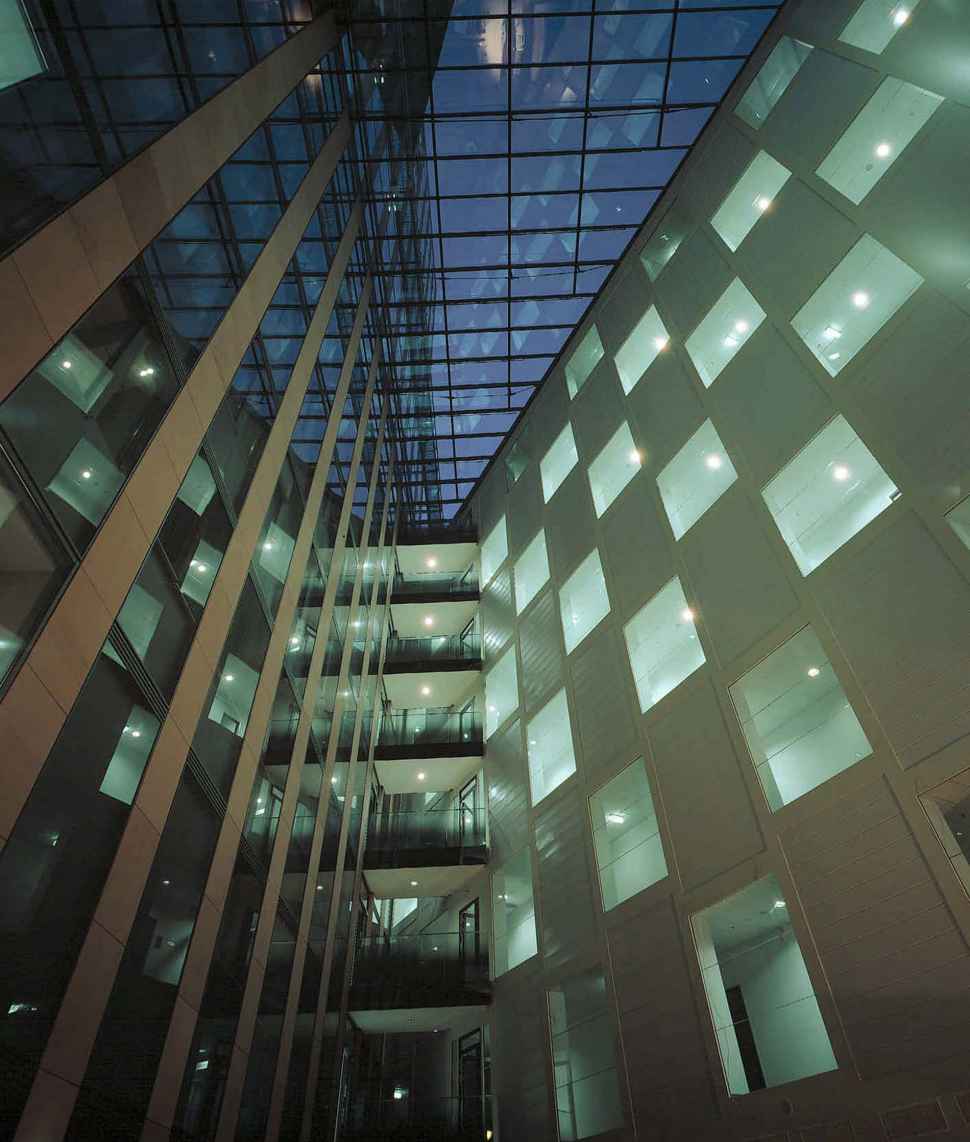 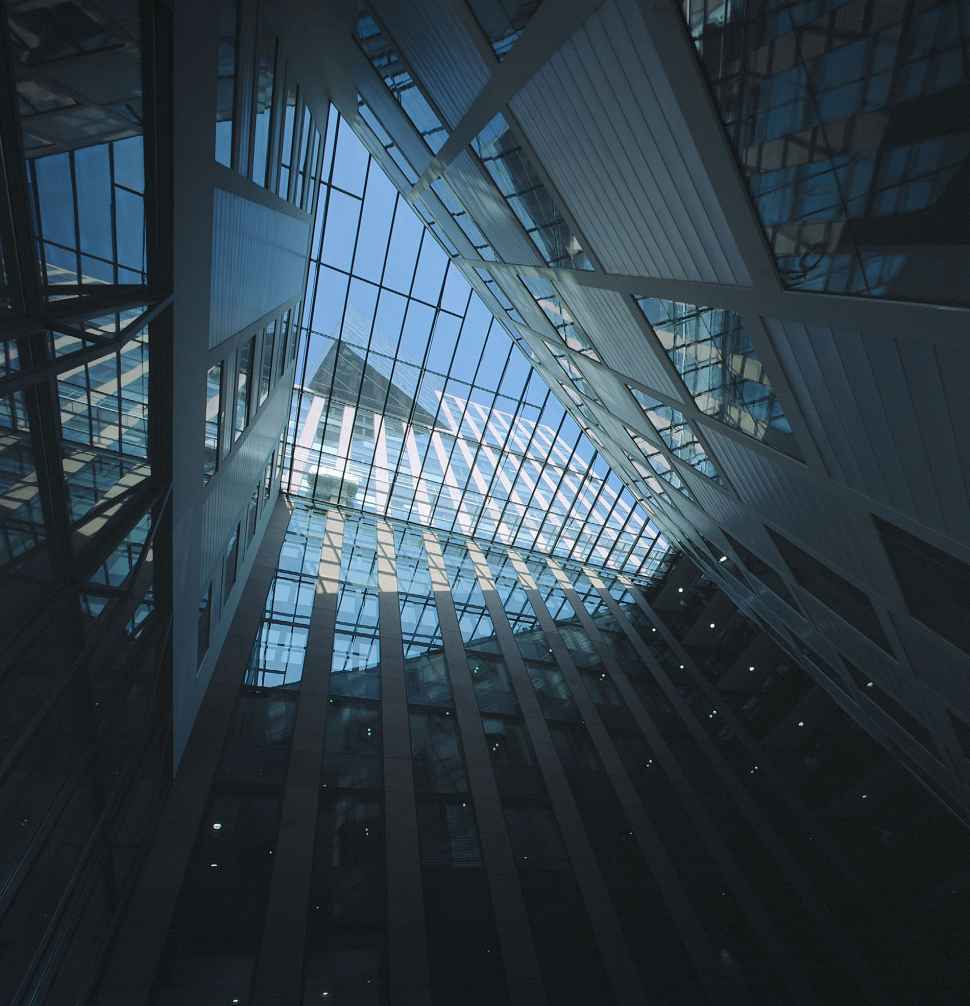 CITY TOWER VIENNA 2003 — The 87-metre high City Tower was the first phase of the Wien Mitte construction project to be completed. Its figure reacts to the urban topography. Following the bend made by the River Wien two different directions in the urban plan, at an angle to each other, interlock here. The massive building plinth clad with reddish sandstone follows the line of the street and connects to the existing development. The tower that rises above it is terminated by a glass cube, swivelled in relation to the main volume of the building. Ten-metre-tall loggias create transparent transitions from the street to the large entrance hall and the 30-metre-highl, glass-roofed atrium which forms a communicative centre point.