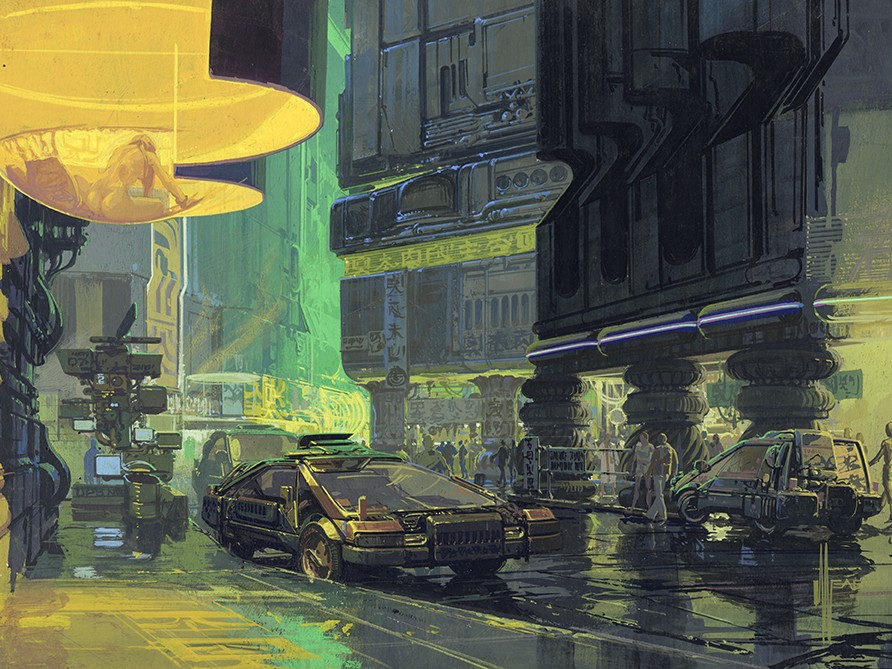 Star Trek: The Motion Picture, Tron, Blade Runner or Aliens, Mission to Mars and Elysium:
for legendary science fiction films Syd Mead created trend-setting and breathtaking worlds. He developed entire cities and mobility concepts with flying cars, autonomous vehicles, space ships. Syd Meads picture worlds are always characterized by functionality and mostly a positive idea of the future. But for the dystopian cult film Blade Runner Syd Mead created the vision of a bold and apocalyptic city in which huge sky-scrapers dominate the skyline. Now, in November 2019, fiction overlaps with the present, for the 1982 film is set in Los Angeles 2019.

A total of 30 originals with a focus on urban spaces, including motifs for Blade Runner, offer an insight into the creative world of the visionary. In a brand new short documentary, Syd Mead talks about his work, inspiration and career.