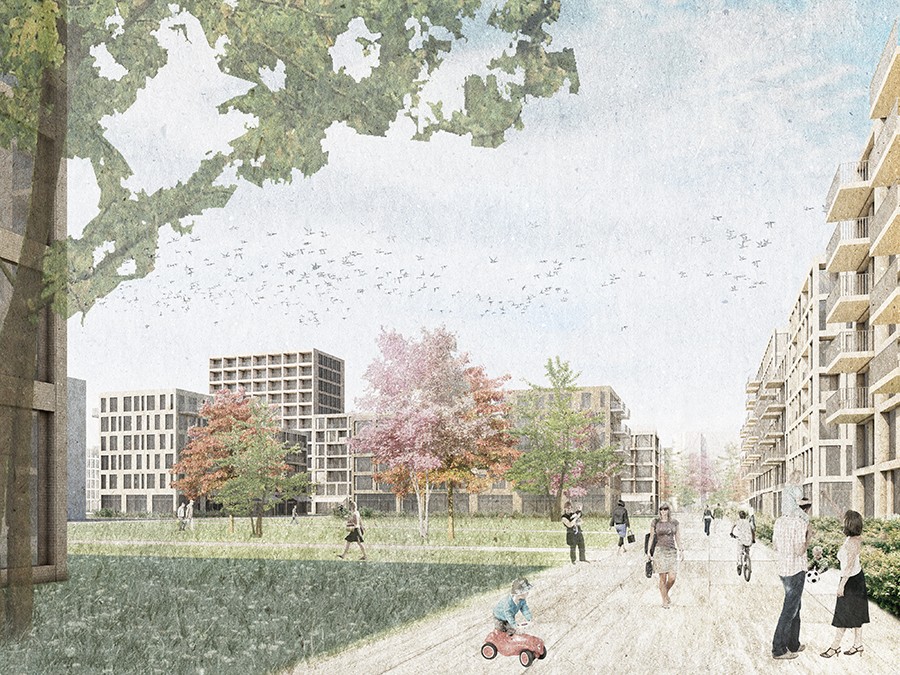 After the withdrawal of Siemens, in Obersendling, Munich, a new residential district will be built. The five best designs are solid - O&O Baukunst and four other offices were selected on the short list. Approximately 1300 flats with green areas but also commercial space had to be scheduled in the eleven-acre site. In order to give rise to a quarter, the concentration was on the design of public spaces, such as parks, courtyards and squares. On 03/02/2015 the revised draft will be presented in a civil dialogue.