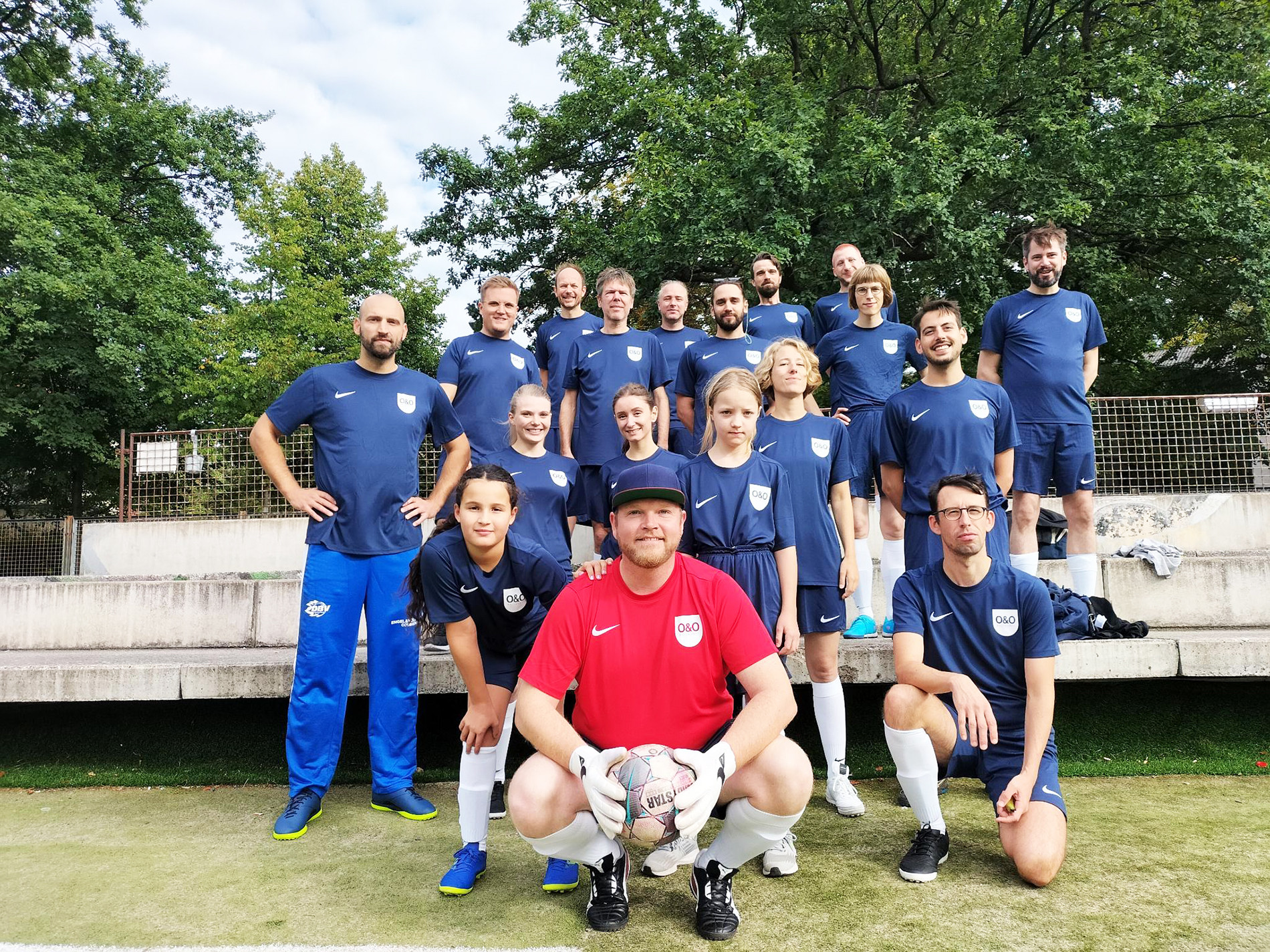 Highly motivated and with great athletic ambition, the O&O Baukunst team celebrated the late-summer atmosphere by giving their all at the architects’ football tournament on FSV Babelsberg Field.

The ABC Cup, held annually since 1992, was up and running again this year for the 28th time. The traditional rule is that each team must be made up of a goalkeeper and seven players, with one team member being 13 years or younger, and at least one female and one male team member playing on the field. More than 250 Berlin architects came together, competing to win the tournament. Two more awards were also handed out: Best Team Jersey and Best Fan Base.