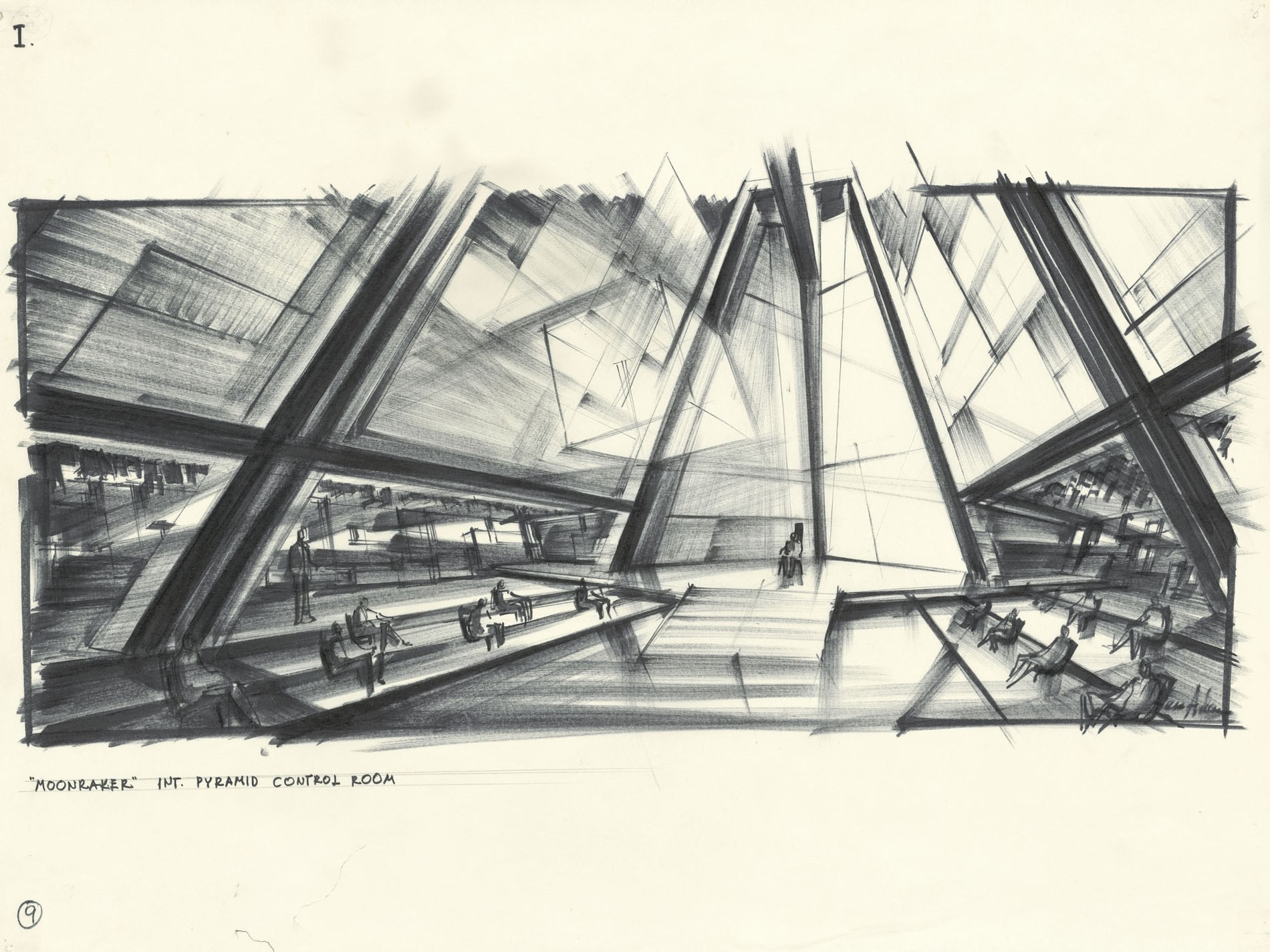 Berlin in the 1920s – a loud, garish, unfathomable and modern city. Born there in 1921 into an upper middle-class Jewish family, Ken Adam grew up as Klaus Hugo Adam between the architectural utopias of Erich Mendelsohn and Mies van der Rohe, between art and cinema.
Even when classic modernism’s heyday was long past, the spatial visions of this era remained very much alive in Adam’s designs and legendary film sets. Hardly any other production designer has left us so much stylised reality – exaggerated, ambivalent, and often critical. Many of Ken Adam’s spectacular film set designs, such as the central room of the villain Blofeld in You Only Live Twice, which is concealed inside a huge extinct volcano, or, in the film Moonraker, the pyramidal control centre and the rocket launching pad that are hidden inside a Maya temple, have indelibly impressed themselves on our visual memory.

Employing a focussed dramaturgy, in the O&O Depot we present Ken Adam’s visions – in an immersive form that intervenes in space and using selected original drawings. The documentary film THIS IS THE WAR ROOM! by Boris Hars-Tschachotin also forms part of the exhibition and offers deep insights into Ken Adam’s creative intellectual approach. Premiered at Venice International Film Festival in early 2017, this documentary received support from O&O Baukunst.