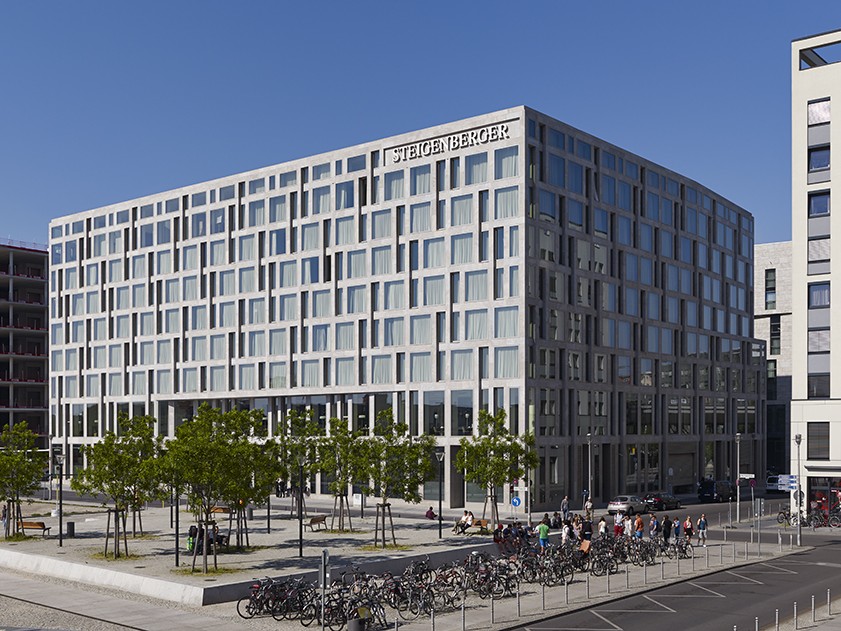 The 4 star Hotel Steigenberger am Kanzleramt is part of the Lehrter neighborhood between Central Station and Spree arch at the western edge of the Washington Square. The four blocks of the district are listed as an urban unit that makes its appearance in differentiated materials and building structure as a whole. Completion and opening was in May 2014.