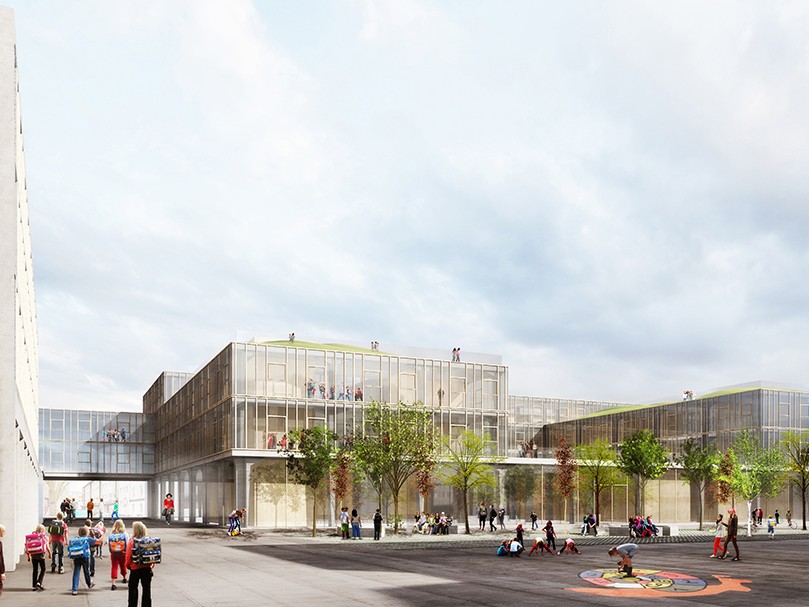 The Helios Centre is characterized by robust spatial structures, simple hall constructions and openly used clearances. To build the Helios school an industrial concrete grid is proposed as an architectural element. The industrial concrete structure is covered by a simple wooden / glass facade. The facade design underlines the workshop-like character of the school building. Wood is to be used in all areas of the school. Inside and outside it emphasizes the roughness of the place, its industrial and sometimes rough aura.